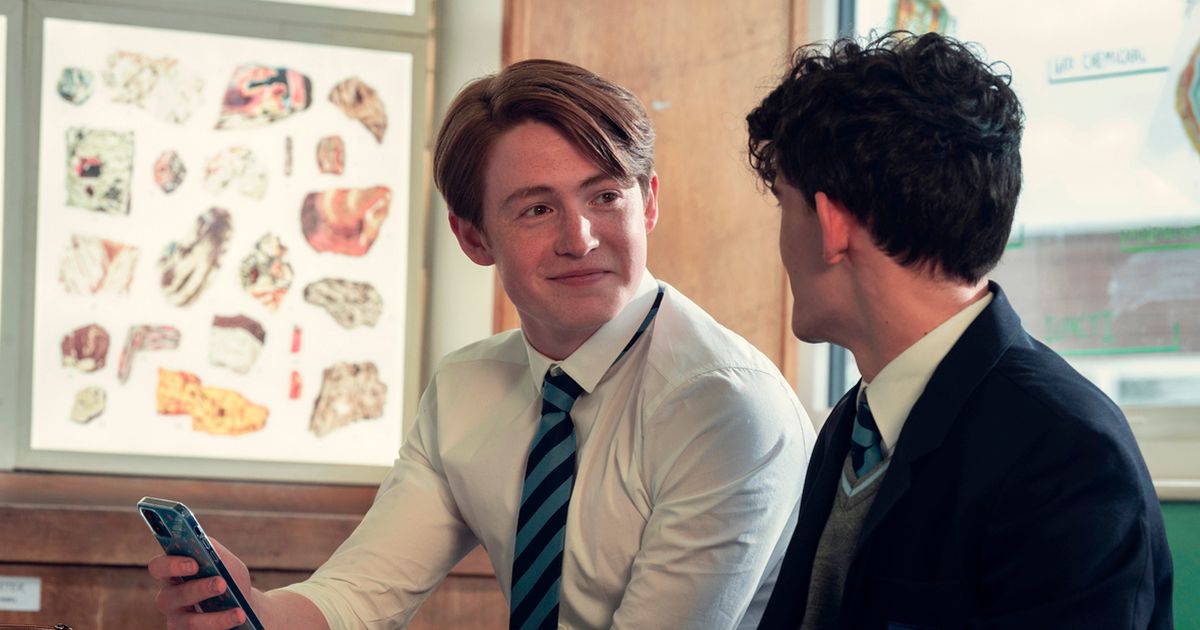 The coming-of-age romance series consists of eight episodes and dropped on the streaming service on Friday 22 April, 2022.

Adapted by the writer Alice Oseman from her graphic novel series of the same name, Heartstopper follows 14-year-old Charlie (Joe Locke) as he develops a crush on popular rugby player Nick (Kit Connor), after they bond over whether it is appropriate or not to do your homework on the way to maths.

The series has already been met with much praise on social media and is currently the fourth most-watched title on Netflix UK.

One person tweeted: “Halfway into “#Heartstopper” on Netflix and it’s everything we need right now. Sweet, cute, funny, earnest, etc.”

A second viewer wrote: “#Heartstopper Is it just me or does everyone cry sweet, happy tears at the end of every episode? This show just makes every day a little better. #Heartstopper.”

A third person posted: “#Heartstopper just gave me the biggest hug of 2022. It is brilliant to see so much representation with such joy. I would have loved to have had this 37 years ago when I was trying to figure it all out… by myself.”

But other viewers were distracted by a cameo from none other than Oscar-winning actress Olivia Colman.

Another person tweeted: “the fact that they brought olivia colman in #heartstopper even for just a small mother role, made the whole series cuter & perfect!!!”

A third said: “I didn’t know Olivia Colman was in this?! What a TREAT. #Heartstopper,” and a fourth viewer added: “I love that Olivia Coleman was Nick’s mum in this series! That woman is such a phenomenal actress. A true icon #Heartstopper.”

Olivia was said to be ‘so lovely’ whilst filming Heartstopper

Creator Oseman and executive producer Patrick Walters recently told Digital Spy that Olivia, 48, is so busy and in-demand, that they weren’t sure they were going to get her.

“So we had this grand idea that we wanted to get a big name to be Nick’s mum. I thought this was the silliest idea ever,” Oseman said.

“I thought there was absolutely no way that any big-name actor would want to be in this show. But we came up with a list of potential Nick’s mums, and Olivia Colman was our favourite. So we went out to her first.

“We sent her some excerpts from the scripts, and the comics as well. I think it was Euros (Lyn, the director), actually, who reached out to her, because they’d worked together before. And she said yes! I 100% thought this was not going to happen.”

Walters added: “It was such a shock when she said yes. I remember speaking to her agent, and just being like, ‘Really?’ It was unbelievable. But she’s amazing, and she was so lovely.”

Heartstopper is available to watch on Netflix now.