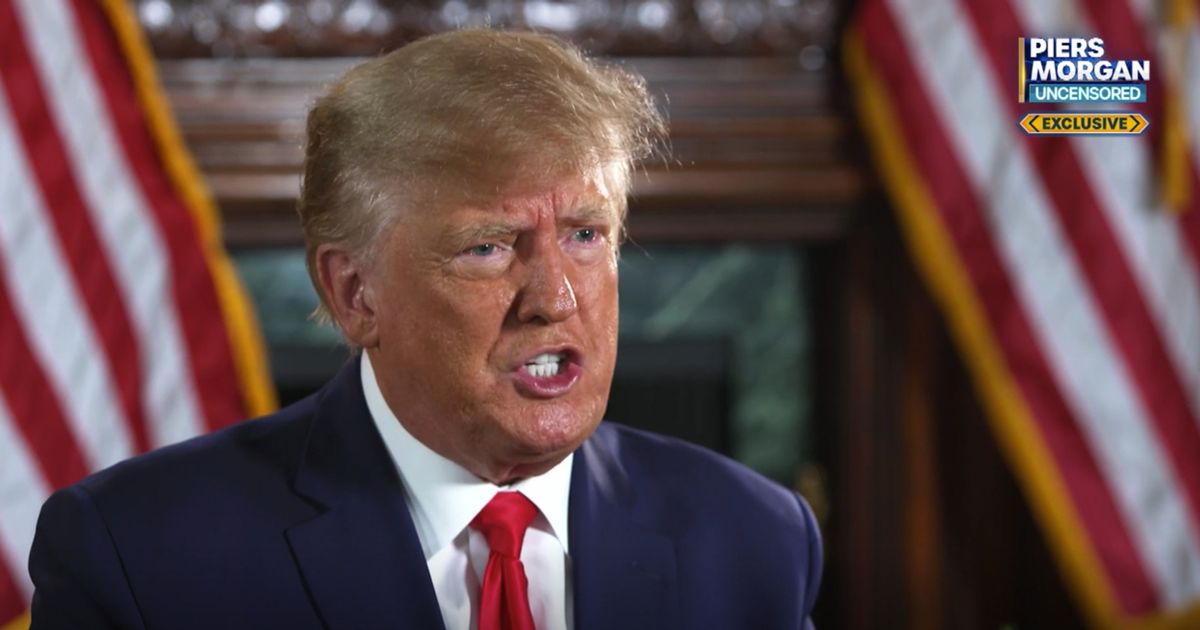 Former US president Donald Trump sat down with controversial presenter Piers Morgan for the interview on TalkTV, and revealed he would approach Russian president Vladimir Putin very differently to Joe Biden

Donald Trump has revealed what he’d say to Russian president Vladimir Putin in a new clip from his interview with Piers Morgan.

The former US president sat down with the ex-Good Morning Britain host for a wide-ranging chat on Morgan’s new show on TalkTV, Piers Morgan Uncensored.

In the interview, Trump shares what he would say to Putin amid the ongoing war in Ukraine, and slammed current US president Joe Biden for not threatening the controversial leader with a nuclear strike.

He believes Putin has been trying to threaten other Western nations with the looming possibility of a nuclear attack, and if he was still US president, he would have a different strategy.

Trump shared his strategy during the interview

“So what would you do right now in Ukraine, if you were the President?” Morgan asked the outspoken businessman.

Trump said Putin is threatening other nations because “he thinks nobody’s gonna ever attack us” and “they’re all stupid”.

“Instead of Biden saying, ‘Oh, he’s got nuclear weapons’, he keeps saying he’s got nukes, we have better weapons that we have the greatest submarine power in history,” he continued.

Trump said he would threaten Putin with weapons

“I would say, we have far more than you do. Far, far more powerful than you. And you can’t use that word ever again,” Trump added, as he insisted he wouldn’t cower away from the powerful Russian president.

“You cannot use the nuclear word ever again. And if you do, we’re gonna have problems,” he warned.

The clip was released ahead of the premiere of the upcoming interview, which has already caused controversy after it emerged Trump had stormed out of the interview.