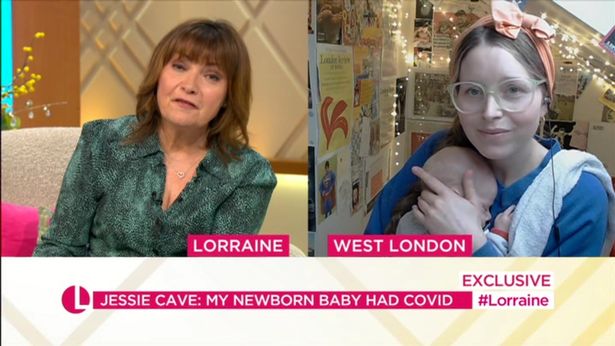 Harry Potter star Jessie Cave appeared on Lorraine on Tuesday where she spoke about her terrifying experience of her newborn baby getting Covid.

Jessie said she still does not know how her 11-week-old baby, Tenn, contracted the illness, but her partner is currently in the throes of it and really suffering.

“All I know is it’s absolutely the most contagious thing,” said the Lavender Brown actress.

“I was completely symptomless, so it’s just bizarre.

“I did go and get a test because I wanted to see my mum and family at Christmas, and then obviously we couldn’t.

“And he was completely fine, there was absolutely nothing wrong, then over a week, almost two weeks later, just suddenly turned.

“With this stage of newborn their immune system is so weak, and so anything can have a really bad consequences.

That’s why they treated it so seriously… even my breast feeding was completely affected by this, even two nights of a change of routine has affected us.

Because of the stress, my milk dried up a little bit and now I’ve had to give him formula and so our entire lives have changed.”

* Lorraine airs weekdays on ITV at 9am