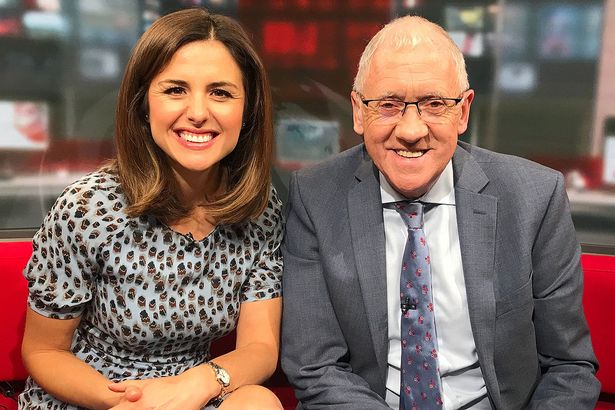 Yorkshire telly legend Harry Gration was left in tears after a video chat with old pal Sir Michael Parkinson on his last show.

Harry, 69, has presented the BBC Look North news programme since 1982 and is “loved to bits” by viewers and colleagues.

But on the eve of his 70th birthday, Harry who was awarded an MBE for his services to broadcasting, struggled to contain his emotions as he hosted his final programme on Wednesday.

Retiring Harry, who is married to Helen, 51, told The Mirror how colleagues “stitched me up” by arranging a surprise video chat with Parky.

“Parky and I have been pals for a long time now – he has always been really good to me,” he said. “That was a complete surprise. The BBC said: ‘We need you in the studio quickly for a Zoom interview… you can pick it up quickly’.

“Then there was the screen and there was Parky and I completely broke down.

The dad of six named his MBE in 2013 and his 2014 trip to Camp Bastion in Afghanistan as the highlights of his career. He said “reaching the big 70” felt like the right time to retire, with the show also going down to one presenter, his co-host Amy Garcia.

Tearful Harry told viewers: “I’m going to take a deep breath because as you may know this is my last ever programme for Look North.

“I’ve been coming down here to Barnsley since I first started in 1981. I’ve always loved it because people tell it to you straight.”