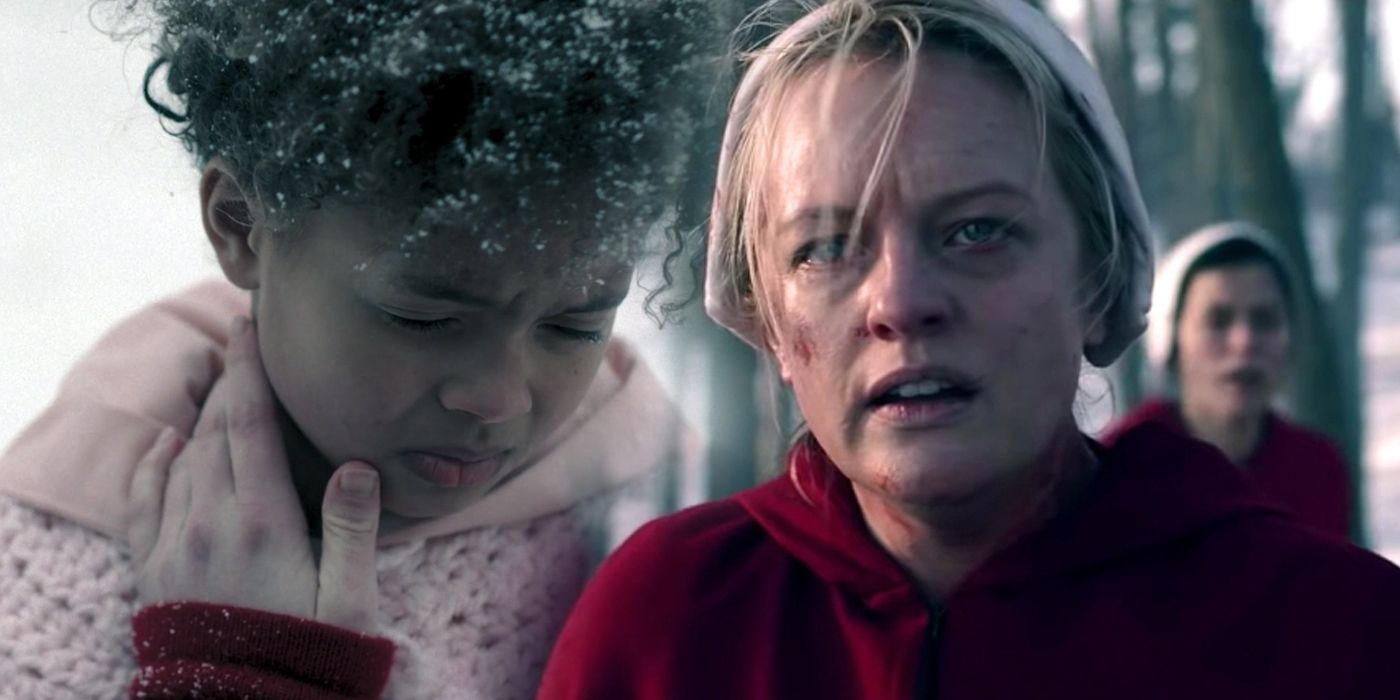 Hannah is no different than the young boy in Canada who doesn’t understand or care about Gilead’s politics; he views it as his home. Aunt Lydia, Mrs. MacKenzie, and Commander Lawrence have all told June how her attempts to reconnect with Hannah have caused the girl emotional pain. What’s unclear is if any of this has been conveyed to Hannah directly. Does she know June’s the reason she lost her beloved Martha or why she had to leave her school, home, and friends? During The Handmaid’s Tale season 2, Hannah remembers being taken from June, but those traumatic memories appear to have faded, undoubtedly expedited by some brainwashing. Hannah’s probably been told very little, and whatever she knows is a twisted perversion of the truth because keeping girls ignorant is how Gilead can perpetuate the cycle of rape, abuse, and subjugation.

The encounter leaves June devastated, leading June to beg Aunt Lydia to kill her. June struggles to understand why  Hannah is scared of her but not of “them.” In discussing the source material, Margaret Atwood’s book The Handmaid’s Tale, the show’s creator Bruce Miller told TheWrap, “nothing happens in the book to people that doesn’t happen in real life […] And in a terrible way, ours is the sanitized version of what they would do to poor Hannah in some countries these days.”  Using Hannah to get June to betray her friends works, but the bigger question is how the heartbreaking revelation that her daughter doesn’t recognize her will affect June longterm. Critics of the series have expressed frustration with the violence and increasing implausibility of June’s story. Will she finally accept Gilead has her daughter’s allegiance and flee to Canada to reunite with Luke and Nichole?

Atwood’s 2019 sequel novel The Testaments, which takes 15 years after the events of the first book, reveals Hannah’s fate, and Hulu picked up the rights for Miller to adapt. According to Cinema Blend, Miller’s comments at a recent press event hint that aspects of The Testaments could be incorporated into future episodes of The Handmaid’s Tale which has already been greenlit for a fifth season. If Miller stays true to the source material, a happy ending for June and Hannah isn’t coming anytime soon.