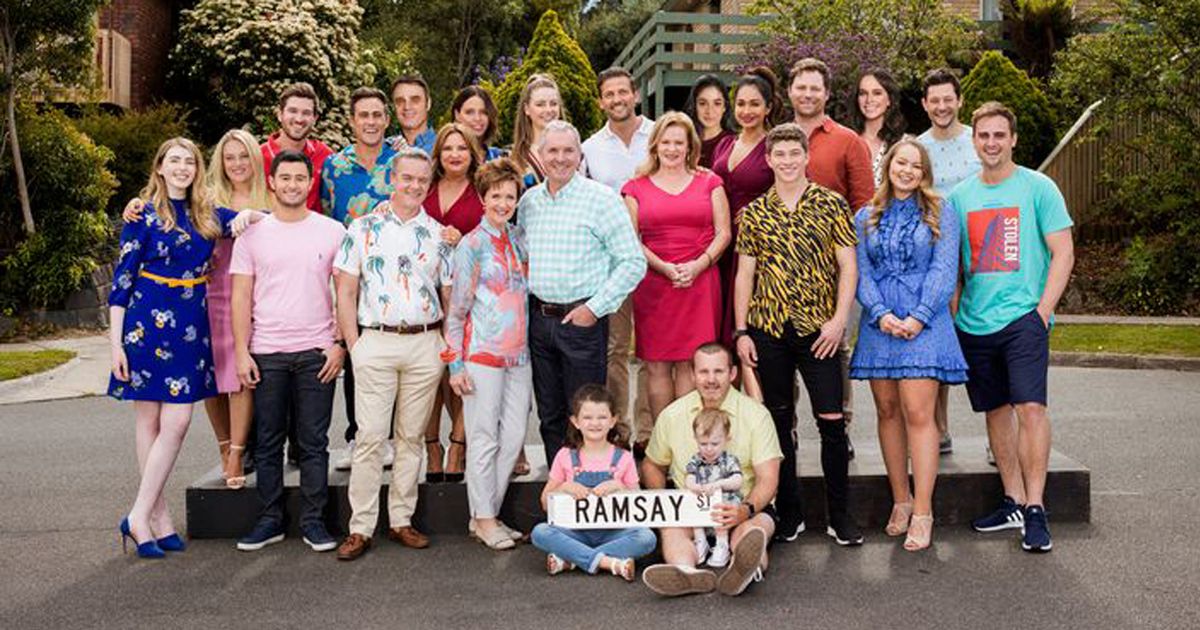 Legends of the Aussie soap have come back to Ramsay Street for one final time, as they pay tribute to the show that helped launch their careers. Among the famous faces returning are Guy Pearce, Kylie Minogue, Jason Donovan and Ian Smith

Kylie Minogue and Jason Donovan to return to Neighbours

Guy Pearce and Stefan Dennis delighted fans as they were spotted returning to the set of Neighbours to film scenes for the final ever episode of the iconic Aussie soap.

The former stars of the show joined the likes of Kylie Minogue and Jason Donovan, as they reunited to mark the end of the soap opera, which will come to an end when the final episode airs in August.

Hollywood star Guy, 54, who played Mike Young, was seen smiling and laughing while straddling a motorbike, and wearing a leather jacket.

Stefan, who played Paul Robinson, was chosen to hold up the clapper board as he filmed his final scenes.

Guy was seen dressed as his character Mike
(

The farewell show to celebrate the end of the Australian TV series, which has been on the air for 37 years, will see Kylie and Jason reprise their much-loved characters of Charlene and Scott, for a fitting tribute to the classic soap.

Another Neighbours legend Ian Smith, best known for playing Harold Bishop, was also seen smiling and laughing with his old co-stars on the set in Melbourne, as well as Lucinda Cowen, who played Melania Peterson.

Stefan was spotted with a clapper board
(

Paul Keane, who played Des Clarke, was seen with Annie Jones, who portrayed Jane Harris, and Geoff Payne, who first appeared on the show in 1986 as Clive Gibbons.

Earlier this year, it was sadly announced that the hugely popular Aussie show, which has been airing on Channel 5 since 2008 – would be axed after the TV network was unable to reach a deal with the show’s production company, Fremantle.

Filming will finish in July, and the last-ever episode of Neighbours, which will be one-hour long, will air on 1 August.