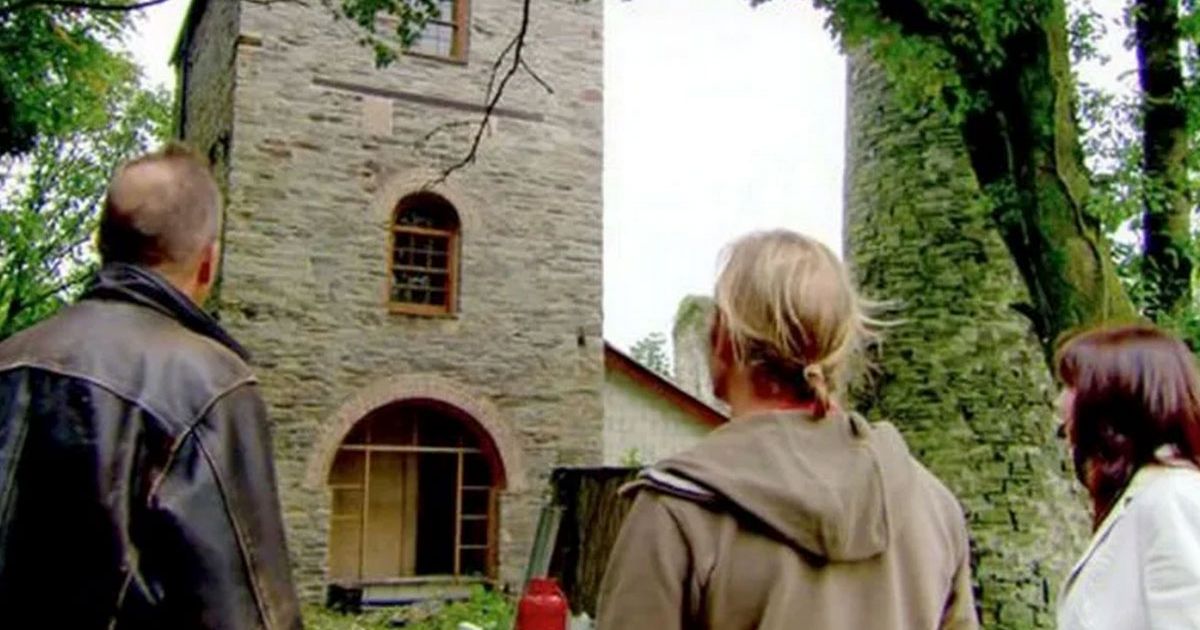 The stunning and unusual property was on Grand Designs in 2011, but it was left unfinished after the owners ran out of time and money to complete the build. The four-bedroom home also comes with nearly four acres of land

A breathtaking Grade II listed former silver mine engine house which was featured on Grand Designs is on the market for £750,000 – but there’s a catch.

The detached four-bedroom home sits on 3.7 acres of land – which the new buyers will own.

It appeared on the house renovation show fronted by Kevin McCloud in 2011, but the former owners never managed to finish the build.

So the new buyers will need to roll their sleeves up and pick up the loose ends.

When the home appeared on the Channel 4 show, it was owned by stonemason Adam Purchase and his wife Nicola Brennan.

The former silver mine engine house was converted on Grand Designs
(

They had a 12-month limit to finish the renovation but had only borrowed £100,000 from the bank.

Adam and Nicola ran out of money and missed the deadline for completion but continued to work on the home when they had time in between their day jobs.

At the time, Kevin said: “The exterior is a testament to Adam’s skill and dedication.”

But later added: “Adam and Nicola are a long way from moving in. It may not be finished but it is tantalisingly close.”

The lay out of the house is particularly unique and stretches over four floors.

The former silver mine starts with an entrance hall and kitchen on the ground floor.

The four-bedroom home is on the market, but the new buyers will need to finish it
(

This level also has a shower room and bedroom, for guests.

One level up on the first floor there is another bedroom and bathroom, and then the next floor is where the sitting room is located.

The master bedroom with an en-suite is located on the third floor.

And then in the basement there’s another bedroom and another en-suite bathroom.

The former buyers ran out of time and money
(

There is a huge wooden balcony that leads off from the third floor.

Across from the silver mine is an engine house, which has planning permission for conversion.

There is also a garden area and paddock – perfect for a green fingered new owner.

Kevin has spoken recently about how the designs of homes are changing.

He said that function will come before style and will be eco friendly, and will actually make the homeowner money.

“The idea of moving towards net energy positive 10 years ago was just an idea. But now it’s doable and it is possible that your home can earn money. In 15 years’, time we will be living in such dwellings,” he told Homes & Property.