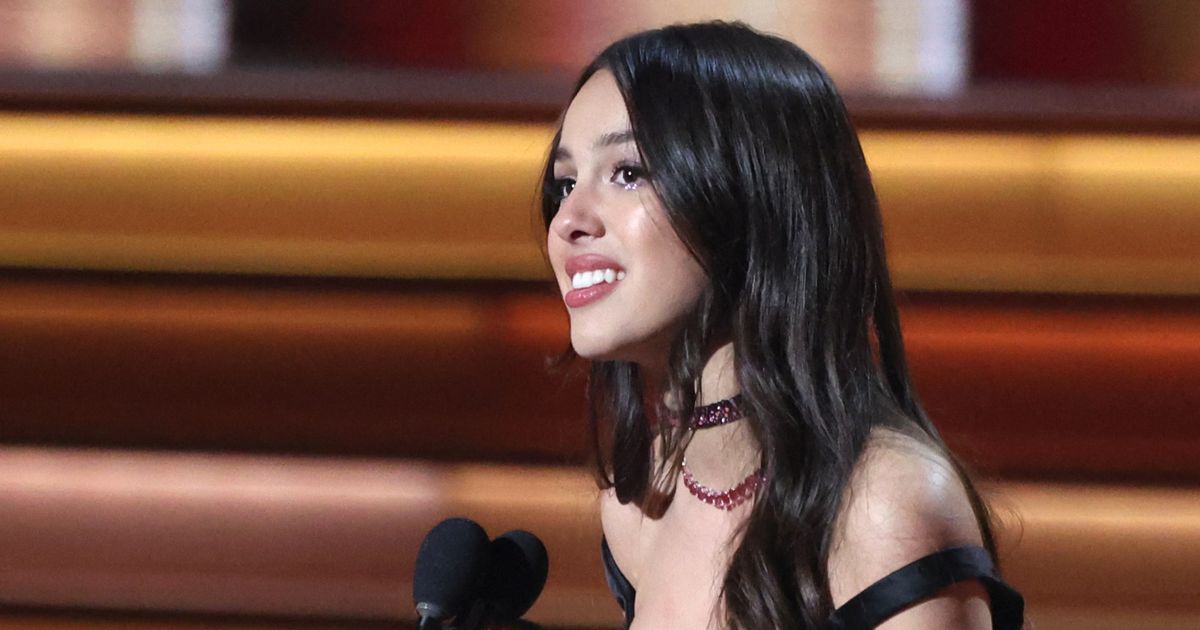 The Grammy Awards 2022 provided an amazing night of entertainment as the music industry came out in full force to celebrate a great year of music across the world. Here’s the winner list in full

The Grammy Awards provided a wonderful evening of entertainment for the music industry tonight.

The annual ceremony took place at the MGM Grand Garden Arena in Las Vegas on April 3, 2022, where there were performances from the likes of Billie Eilish, John Legend and Justin Bieber amongst others.

It was a good night for Olivia Rodrigo, who picked up a number of awards including for Best New Artist and Best Pop Vocal Album for her hit album, Sour. She also performed her track Drivers Licence at the top of the show.

There was also an impassioned plea from Ukrainian President Volodymyr Zelensky as he urged people to help and support those in Ukraine by speaking up and supporting the country.

She called it a dream come true
(

Elsewhere, there was a poignant tribute to late drummer Taylor Hawkins of the Foo Fighters, whilst BTS star J-Hope suffered a blunder during the band’s performance of their track Butter, as he fell over.

Trevor Noah made a dig at the Oscars drama between Will Smith and Chris Rock as he opened the show, whilst the stars came out in full force for an incredible night, stunning on the red carpet with their amazing outfits.

The likes of Dua Lipa, Lil Nas X and Megan Thee Stallion were some of the best dressed on the red carpet, whilst Lady Gaga, Chrissy Teigen and Paris Hilton also impressed with their outfit choices.

Here’s a list of the Grammy Award winners in full:

Album of the Year – We Are, Jon Batiste

Record of the Year – Leave The Door Open, Silk Sonic

Billie Eilish paid tribute to Taylor Hawkins in her performance
(

Song of the Year – Leave The Door Open, Silk Sonic

Best Rap Album – Call Me If You Get Lost, Tyler The Creator

Best Choral Performance – Mahler: Symphony No., Symphony Of A Thousand