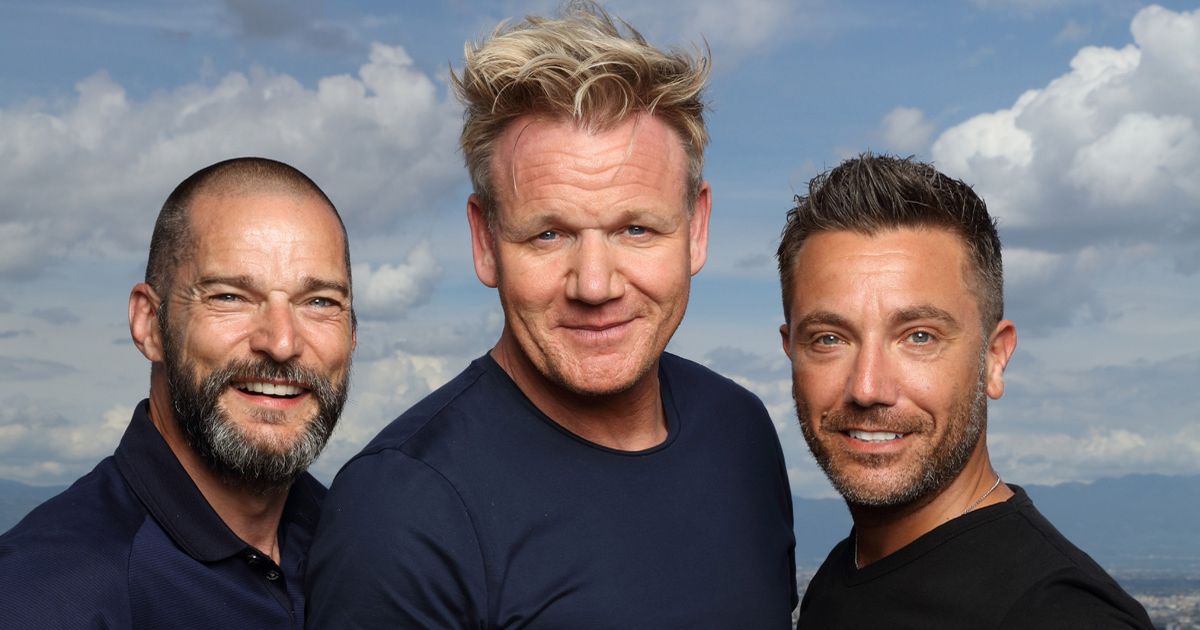 Gordon Ramsay is once again set to reunite with pals Gino D’Acampo and Fred Siriex once again for a new Road Trip series, it has been reported.

Fans had been left gutted last year after This Morning chef Gino claimed that Gordon was too busy to be part of the ITV show, which sees the trio embarking on culinary food adventures while causing mischief along the way.

But, thankfully, it looks as though Gordon has managed to fit the show into his busy schedule as he films the second series of BBC’s Future Food Stars.

A source told The Sun : “He is something of a victim of his own success at the moment, and he has so much on it’s tricky fitting it all in.

“He already has something of a logistical conundrum co-ordinating his diary with the busy Fred and Gino, and that’s before they try to set up a string of filming locations — which have yet to be decided.”

The insider added that the trio plan to hit the road as soon as possible so that fans are able to enjoy the show in the near-future.

It comes after Gino sparked a meltdown on social media in November after he cheekily tweeted: “Breaking News…

“Unfortunately we will no longer be filming #GordonGinoandFred mainly because @gordongram is too busy working on his hair highlights in USA.”

Devastated viewers flocked to comment, with one writing: “Noooo!!!!!! Please reunite the trio!”

Another said: “Noooooo the 3 of u are the best, gutted but Fred and Gino will still be good, Gordon plz come back.”

A third penned: “Oh no!! excited to see what’s next though!”

Gordon, Gino and Fred first started filming their road trip series five years ago, going on to visit the US, Mexico and taking part in three Christmas specials.

Last year, they ventured to Greece and were due to go to Egypt, but their jaunt was cut short by the Covid pandemic.