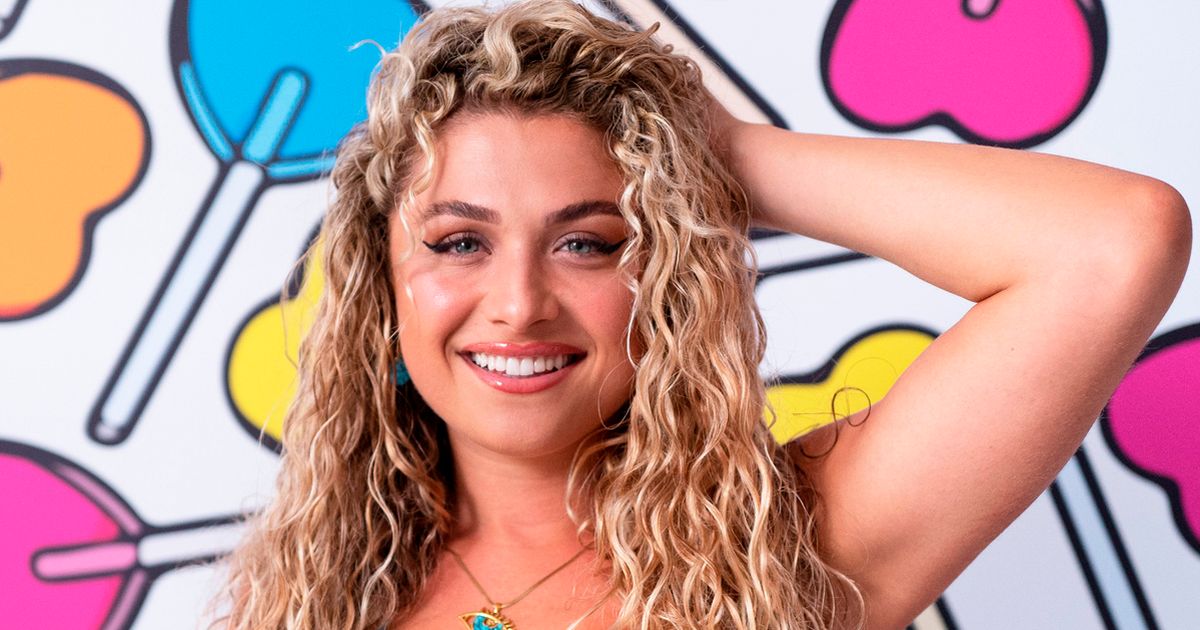 Speaking before heading into the Villa, Love Island’s latest bombshell Antigoni Buxton revealed what gives her the ick, why she’s a catch and just who has already caught her eye on the ITV2 show

Love Island ‘s latest bombshell Antigoni Buxton says she’s “got nothing to lose” ahead of appearing on the ITV2 show.

She claims to be “quite competitive” and doesn’t yet know who she’s got her eye on in the Villa, meaning any of the boys could be the target of her affections.

The singer-songwriter, 26, from North London’s arrival into the famous villa was teased on last night show, after a shock double-dumping saw Amber Beckford and Ikenna Ekwonna heading home during a drama-filled episode.

The 26-year-old singer was seen striding into the villa and kicking back on a sun lounger.

Antigoni was then discovered by the boys – as the girls gasped at the new arrival from the terrace.

The dramatic scenes focused on Jay Younger’s reaction to the newbie, leaving several fans sure he is set to pursue the blonde bombshell, leaving his current partner Ekin-Su Cülcüloglu in the lurch.

Prior to packing her wheely suitcase and starting some drama, Antigoni dished the dirt about her relationship status and her plans for her time on the reality TV show.

“I’ve been single for almost a year and a half and for the whole of the last year my goal has been to have as many different experiences as possible,” the bombshell explained in her pre-show interview.

The latest bombshell has been single for over a year
(

“I really just want to say ‘yes’ to things. Why not? It’ll be fun. I’m a Cypriot girl and I love being in the sun. I’ve got nothing to lose!”

Antigoni – who once dated Love Island alum Jack Fowler – went on to claim she plans to bring “positive energy” into the Villa, and explained just why she makes such a good girlfriend.

“When I’m into somebody, I’m very much all about them,” the singer with Greek-Cypriot roots said.

“My culture is a very open, generous culture and I like to think I carry that trait as a girlfriend. I really put 100% into somebody when I like them. I would also like that back!”

Just like her new housemate Gemma Owen, Antigoni has a famous parent – with her mother Tonia Braxton working as a celebrity chef and regularly making appearances on shows like Sunday Brunch.

Speaking about what her mum and the rest of her family and friends would describe her, Antigoni said: “They would describe me as energetic, the organiser and planner – I’m the one who books all the family holidays and the girls trips.

Being a bombshell Antigoni has the advantage of seeing what options are available for her already but it seems none of the boys have caught her eye yet.

“I won’t know who I’m feeling until I get in there – I need to meet somebody in person and see their energy and vibe,” the singer admitted when quizzed about who she already fancies coupling up with.

But will she step on toes if she likes the “energy and vibe” of a man already coupled up with one of the other girls?

“In life generally, I am quite competitive – I get really serious over Christmas Day Monopoly,” the Love Island newbie mused.

“It’s not my intention to tread on anyone’s toes but if I feel the energy from somebody and that connection then in a very open and honest way, I will explore that but I’ll be transparent with everyone in the situation.”

Whoever does catch the eye of Antigoni will have to be someone pretty special, as she admits she not one to fall in love quickly.

“I’ve only ever been in love once – I don’t think I’ve been in love since,” the bombshell confessed. “I think I fall in lust and infatuation quickly.”

And finally,what gives Antigoni ‘the ick’?

“Someone who is stingy,” the London-based beauty declared.

“It’s not about money but I think being stingy is a character trait and it coincides with someone who is quite selfish with their time.”

*Love Island continues tonight at 9pm on ITV2 and ITV Hub. Episodes are available the following morning on BritBox