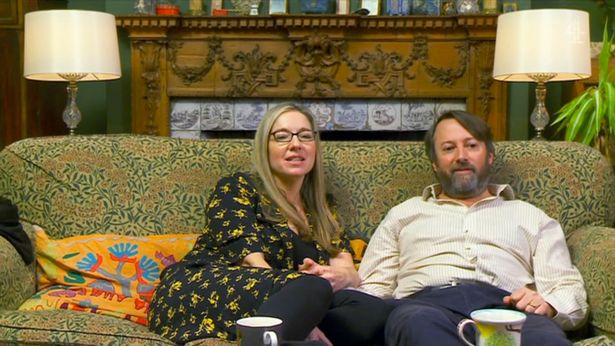 Gogglebox viewers have declared David Mitchell and his wife Victoria Coren Mitchell are the new Giles and Mary.

David and Victoria, who married in 2012, had viewers in stitches as they tried to wrap their heads around dating show Five Guys a Week.

The show sees a single lady invite five men for a date, one after the other during an intensive week of dating.

As one suitor pulled out a box of chocolates, David remarked: “Oh he has brought out the Ferrero Rosher! He’s going in for an early lead!”

Another wrote: “David and Victoria have Giles and Mary energy.”

A third tweeted: “Victoria and David are just like Giles and Mary.”

While others called for them to be made show regulars, writing: “Loving the show tonight especially Victoria and David Cohen Mitchell. Make them regulars please #Gogglebox “.