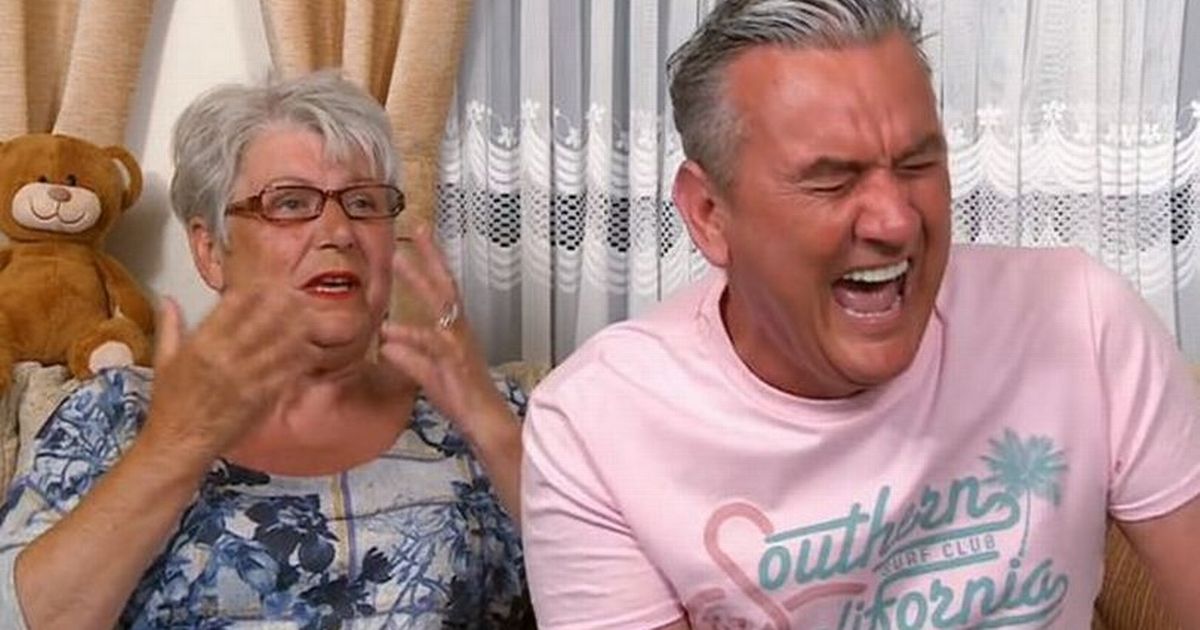 Gogglebox fans were left in stitches on Friday night when Jenny Newby showcased a special new look that she prepared for the night in readiness to watch a new episode of Peaky Blinders.

The 65-year-old professional couch potato had her co-star Lee Riley, 51, in fits of laughter as she donned a baker boy hat and took her seat behind him.

As part of their recap of a week of TV, the cast of the hit Channel 4 show sat down to watch the first episode of season six of Peaky Blinder.

And Jenny was excited to get extra involved as she effectively wore a themed costume that made her look a little like an extra from the popular BBC crime drama.

Shuffling into view during the episode as Lee started to laugh, Jenny explained: “Do you know, Lee, I bought this two years ago.”

She added: “I never had the chance to wear it so I thought I’d wear it tonight.”

The moment was welcomed by viewers, who agreed that Jenny’s humour was the perfect distraction from current troubling world events.

One fan wrote on Twitter : “Telly moment of the week – thanks for all the laughs during such dark times.”

Another fan was delighted by Jenny’s cosplay look, tweeting: “Jenny is an absolute hoot! So cute in her cap.”

While another viewer added: “I just snorted out soup at Jenny’s cap.”

In an episode of the popular reality show that aired last month, Jenny stunned fans when she made a confession about visiting a sex shop to buy Lee a gift.

She presented him with a mug that was moulded at an angle and which a rainbow flag design and the slogan: “I’m so gay, I can’t even drink straight!”

Jenny informed her sofa pal: “I saw it in a sex shop!”

A shocked Lee then whipped around to face Jenny, his laugher immediately ceased, and he asked: “What was you doing in a sex shop in Benidorm?”

Jenny then innocently insister: “I saw it in the window!”

Fans at the time took to Twitter to laugh at the moment, with one joking: “‘I saw it in the window’ Oh aye Jenny, we believe you.”

Meanwhile, the cast of Gogglebox grew last week with the arrival of the show’s first ever Scottish participants.

Glasgow-based Roisin Kelly, 23, and Joe Kyle, 25, joined the show following an appeal by Channel 4 bosses to uncover a Scottish household to join the fun.

However, a few viewers asked for subtitles as they didn’t pick up on what the Scottish couple were saying.

“The new Scottish couple need to appear with subtitles,” one user said while another posted: ” Gogglebox didnt get a word of that.”

Gogglebox airs on Channel 4 on Fridays at 9pm.