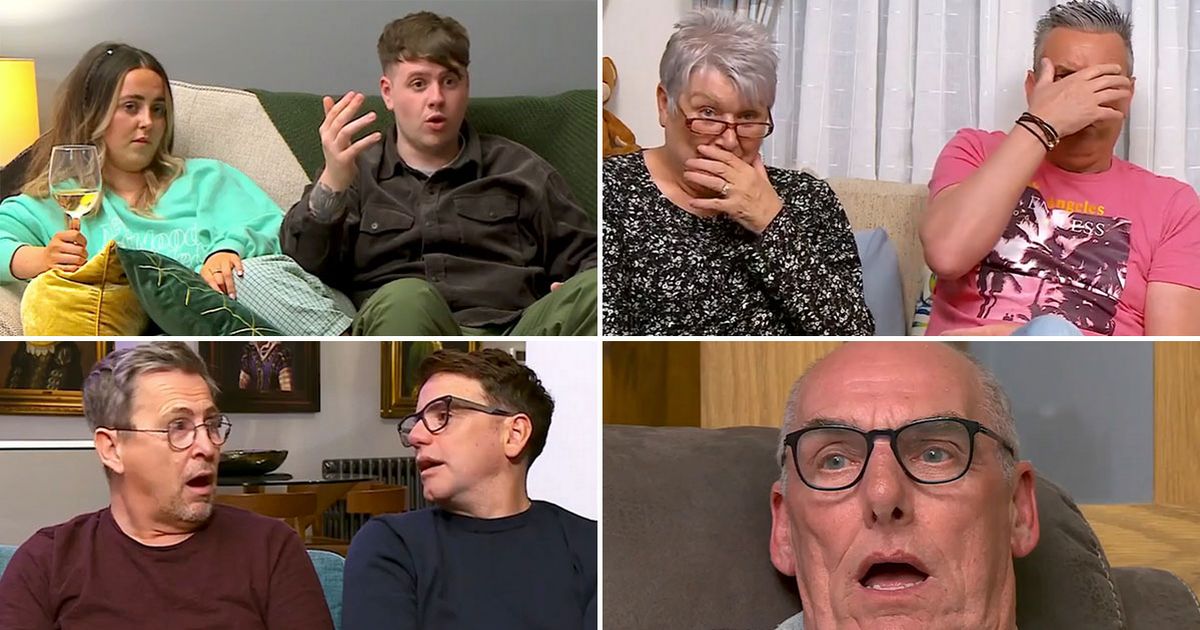 Gogglebox’s armchair critics sat down to watch Apple+ TV show Roar, which revealed explicit scenes in which a woman and a duck were shown becoming intimately acquainted

Gogglebox has been hit with a number of Ofcom complaints from viewers after Friday’s instalment of the hit Channel 4 show saw a shocking sex act performed between a woman and a duck.

Channel 4 armchair critics watched on dumbfounded as a scene from Apple+ TV show Roar flicked up on screen and prompted Ofcom to receive 149 complaints from viewers at home.

In the scene, a woman and a duck were shown becoming intimately acquainted after the frisky bird seduced the woman.

Gogglebox stars watched the scene from The Woman Who Was Fed By a Duck in the Apple series, which is based on Cecelia Ahern’s collection of short stories.

Show favourite Giles turned to his wife Mary to question the mechanics of the scene, saying: “The duck can’t physically…” before Mary quipped: “Well he can Nutty, he can use his beak….”

The X-rated moment generated a huge reaction on Twitter, with fans quick to slam Channel 4 for airing the scenes.

In the scene, a woman and a duck were shown becoming intimately acquainted
(

Echoing their comments, someone else wrote: “Gogglebox should not be promoting shows that are basically insinuating bestiality. That was absolutely disgusting!”

Another wrote: “Not sure what I’ve just watched there. It takes a lot to shock me, but that was something else.”

This comes after Gogglebox viewers were in shock on Friday night after Shirley Griffiths made a rather explicit comment towards her husband Dave.

The couple were back on our TV screens as the much-loved Channel 4 programme returned for another episode, which saw the stars tune in to an array of shows.

Dave and Shirley were watching the first episode of Oti Mabuse’s new dating show Romeo and Duet, when Shirley decided to give fans an insight into their personal life.

The X-rated moment generated a huge reaction on Twitter
(

Viewers were shocked by the comment, with one person writing on Twitter : “Why does Shirley always insult her husband on national TV?”

Another shocked viewer posted: “NOT THE WELSH WOMAN ANNOUNCING HER HUSBAND HAS NO GIRTH TO THE WORLD.”

And a third person tweeted: “You’d be no good love, cos you haven’t got no girth, have you?” OMG Poor Dave.”