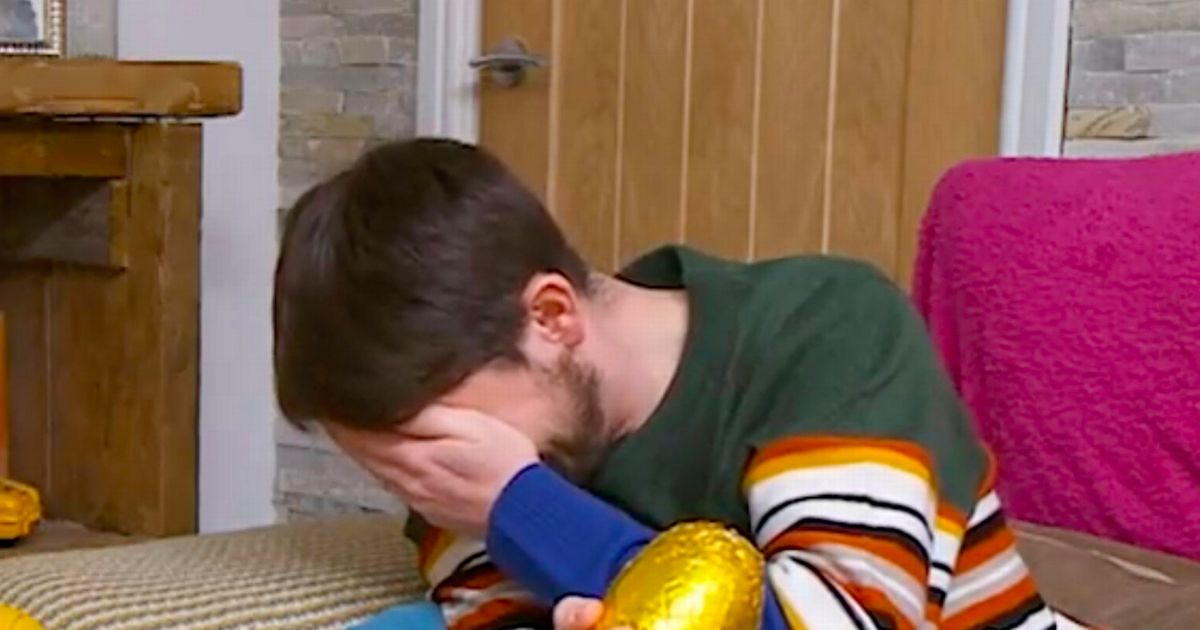 Gogglebox fans have shared their concern for Channel 4 favourite Pete Sandiford after he unveiled his rather painful way of opening an Easter egg.

The reality TV star, 26, was left in agony as she showed his sister Sophie, and Gogglebox viewers, how he cracks open his chocolate eggs every year.

The Blackpool native left Channel 4 viewers in shock when he viciously smashed the egg into his forehead in the hilarious scene.

Before the egg hit his face, Pete said to his sister: “Did you know the way to open an Easter egg is to smash it off your head?”

He continued: “You just hit the pointy bit off your head. Watch this.”

Viewers then gasped as Pete appeared to be left in agony after cracking the shell off his head.

After witnessing her brother open the egg, Sophie joked: “I think I’ve got a fractured skull just from watching you.”

And it wasn’t long before Gogglebox viewers flocked to Twitter to share their reactions – with one unimpressed fan of the Channel 4 show calling out Pete’s ‘silly’ actions.

“How silly. Youngsters watching this show tonight could end up doing that and hurting themselves. Anything for attention,” one fumed.

“OMG! Howling at Pete smashing that against his head. What a way to open an easter egg,” another mocked.

“Pete never fails to make me spit out my tea. That looked painful as hell,” someone else added.

Meanwhile, a fourth complained: “Well that was uncalled for.”

Pete appeared to be left in agony
(

Following the backlash, the official account for the show tweeted out a disclaimer along with a clip of the moment.

Gogglebox continues at 9PM on Friday on Channel 4.