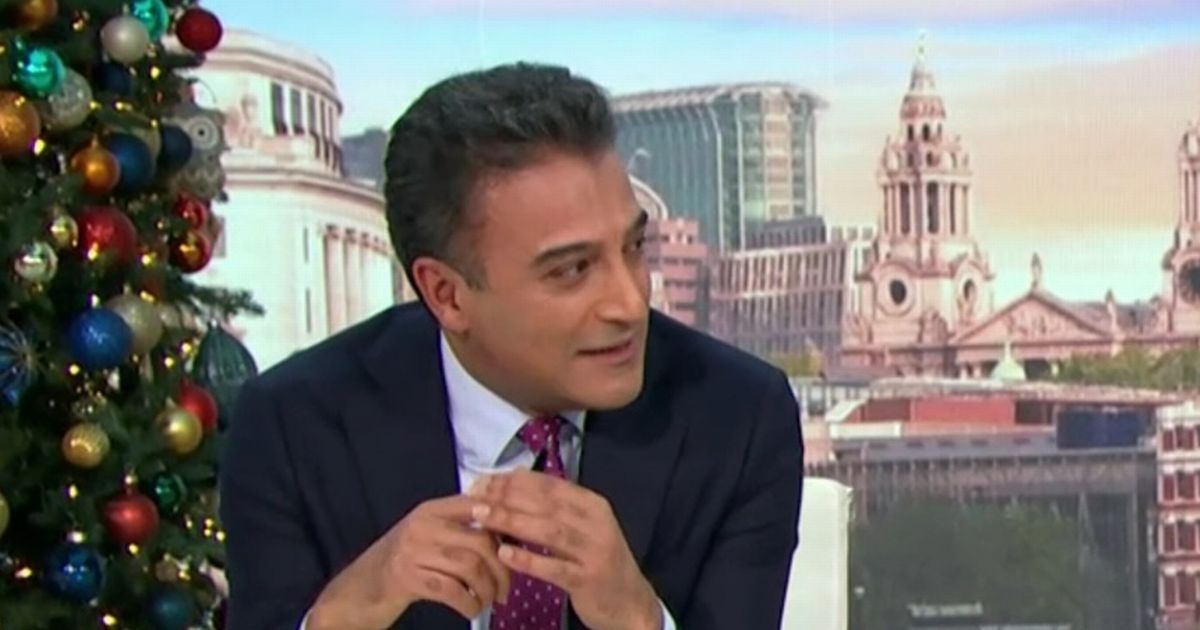 Good Morning Britain hosts Ranvir Singh and Adil Ray were left flustered after an awkward blunder was made on the teleprompter.

Hosting the ITV show early this morning, the pair had been promoting GMB’s 1 Million Minutes charity campaign when Adil appeared to slip-up – saying ‘sex’ instead of ‘six’.

But all wasn’t as it seems as Adil pointed out that it it had actually been a tech mistake.

He had said: “It opens to people in England only if you sign up by going to our website by pledging 180 minutes a week for sex – for six… sex?”

As Ranvir startled over his comments, Adil pointed at the teleprompter and insisted: “It actually says ‘for sex’ in there! It does say that!”

Adil Ray was left cringing after the blunder
(

Adil continued as he pleaded: “Can you show them the prompt? There you go!”

Viewers were then shown the teleprompter on screen, which did indeed say ‘sex’ on it as Adil continued: “That wasn’t me! That wasn’t me!”

“So you’re recommending 180 minutes for sex a week?” The Mirror’s Kevin Maguire joked.

He insisted that it was the teleprompter’s fault

The Daily Mail’s Andrew Pierce quipped: “In one go? Quite healthy!”

“180 minutes for that, who knew?” Ranvir added with a smile as Adil looked a little red-faced.

And viewers were left giggling over the moment, with one tweeting: “Well someone’s getting fired at Good Morning Britain.”

While another commented: “Had to laugh!! Adil reading the teleprompter!! 180 minutes of sex! I’m dead!.”

It comes after Ranvir went public with her new man Louis Church, 26, at the weekend when they attended Capital’s Jingle Bell Ball at the 02 Arena, after reportedly meeting backstage during her Strictly Come Dancing stint.