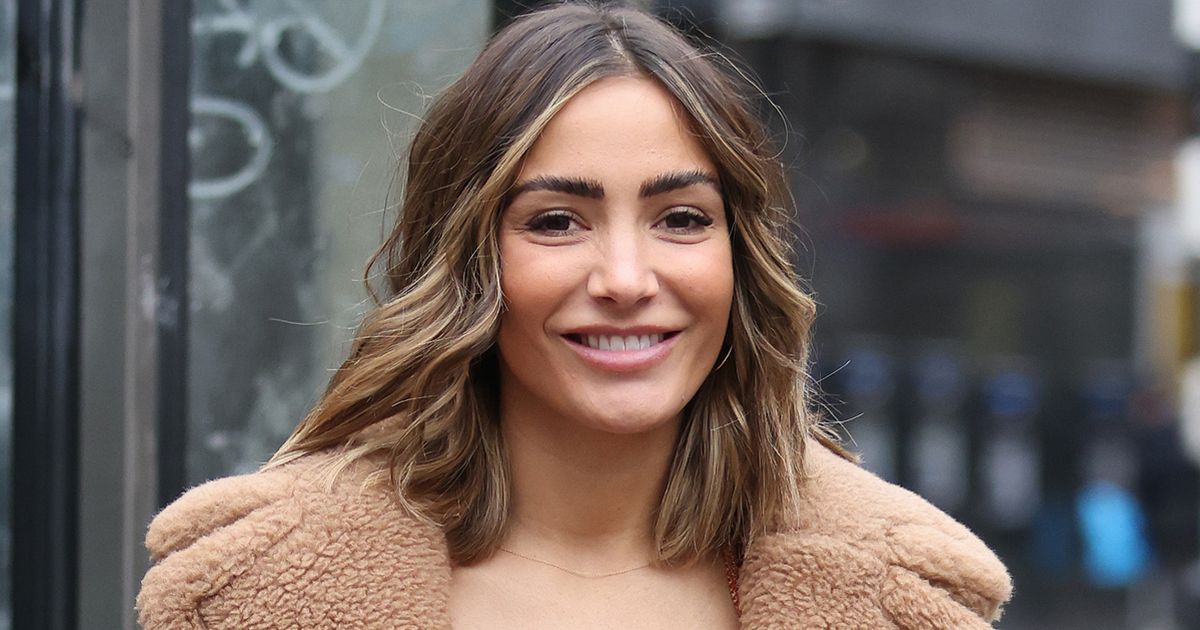 I’m a Celebrity… Get Me Out of Here! star Frankie Bridge has been talking about secret washing machines, what happened when the stars left the castle and Richard Madeley’s cheeky group chat name

I’m A Celeb: Frankie Bridge is eliminated ahead of final

Frankie Bridge has dished the dirt on what went down when I’m a Celebrity…Get Me Out of Here! was taken off air last month.

The Loose Women presenter has revealed what happened when the celebrity campers were removed from Gwrych Castle and placed in separate hotel rooms due to Storm Arwen in November.

The mum-of-two – who came third in the ITV show’s live final on Sunday – also spoke about the two occasions intruders gained access to the castle in North Wales and the celebrity campers ‘sexy’ WhatsApp group.

Frankie, 32, spent 20 days on this year’s series I’m a Celebrity…Get Me Out of Here! and made it all the way to final, where former Emmerdale actor Danny Miller was crowned King of the Castle.

Speaking on Heart Breakfast with presenters Amanda Holden and Jamie Theakston this morning, The Saturdays singer spilled the beans about what happened when Storm Arwen hit camp.

“So we kind of got held in a room in the castle for ages, we had no idea what was going on,” she explained to the radio presenters

“I only knew something was a bit off when everything was covered in leaves, even my hammock, I couldn’t see it anymore, so I was like, ‘that’s going to be interesting’.”

The singer looked incredible outside Global Radio Studios on Wednesday
(

The star – who was the only woman to make it to this year’s final – went on to reveal she made the most of shower access while away from the castle.

“Eventually in the evening they came in and said ‘we’re going to have to evacuate you’ so we all went to individual houses again like we did when we were in isolation,” she recalled on the airwaves.

“But we were allowed to eat and be warm and wash,” she admitted.

“I took all of my camp gear and put it all into the washing machine, even my coat. And even my toiletry little bag thing that they gave us and I ironed it all, and I haven’t done that in 20 odd years!”

Frankie also revealed Richard Madeley – who was forced to quit the camp in the first week – has created a group chat for all the alumni from this year’s series of I’m a Celebrity…Get Me Out of Here!

She told Jamie and Amanda: “Richard actually, set up a WhatsApp group, it’s called ‘The Sexy Badgers’, obviously, and everyone’s on there which is so nice!”

The star – who is married to former footballer Wayne Bridge – went on to boast that despite being locked away from the outside world for weeks, she’s prepared and ready for Christmas.

“You know what, I did most of my shopping, I had to go into two weeks isolation before I went into the castle, so I think this might be the most organised I’ve ever been for Christmas,” she admitted when quizzed by Amanda on her Christmas plans.

“Oh my goodness! So you can sit back and relax. Did you put your tree up early?” the Britain’s Got Talent judge exclaimed.

“Yup, that went up on the 12th of November,” Frankie confessed live on-air.

*Tune in to Heart Breakfast with Jamie Theakston and Amanda Holden weekdays from 06:30 – 10:00.