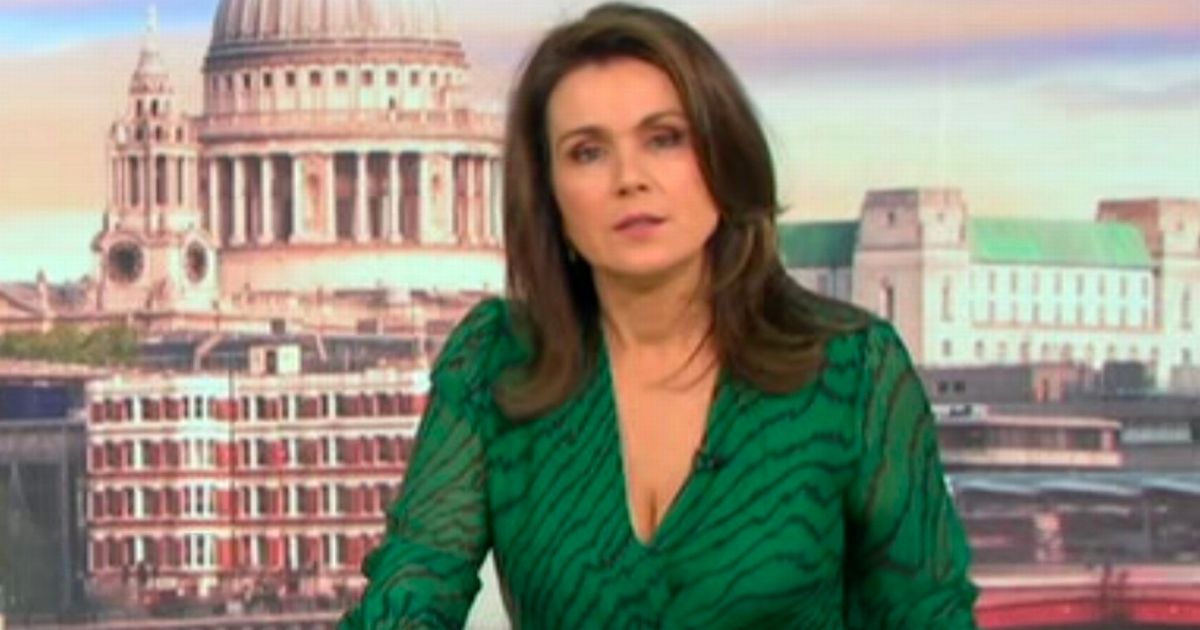 After Prime Minister Boris Johnson claimed he was unaware a Downing Street party he attended was against Covid rules, Good Morning Britain’s Susanna Reid asked why he should be ‘forgiven’

Susanna hit back, reminding Minister for the Armed Forces James Heappey that Johnson had set the rules in place to the public prior to the event.

Amid Sue Gray’s investigation into the ongoing list of parties at No 10 during the pandemic, while the country was in lockdown or facing huge restrictions, there are rising calls for the PM to resign.

Breaking his silence for the first time in days to insist that he hadn’t lied to Parliament about the event in May 2020, which he has admitted attending for 25 minutes, Johnson claimed he was not made aware the bash broke Covid rules.

While it happened in the height of the national lockdown across the UK, Johnson told broadcasters on Tuesday: “Nobody told me that what we were doing was against the rules, that the event in question was something that wasn’t a work event, and as I said in the House of Commons when I went out into that garden, I thought that I was attending a work event.”

On Tuesday, Susanna and co-host Adil Ray questioned Heappey over Johnson’s statement, and how he could not have known the rules given when it took place.

Susanna recalled Johnson’s briefings to the UK when he announced the restrictions in place, which meant people were not allowed to gather, and had to stay at home.

Heappey backed Johnson though, saying he didn’t think he “didn’t know the rules” but suggested with his busy schedule, he could understand how Johnson would have been unaware of the particular event he was attending being against the rules.

Susanna had asked him: “We have a massive distraction caused by the Prime Minister, who appears to not know what his own rules were.

“Why does he not know what everybody else got lectured on every day for two years?”

Heappey defended the PM, saying: “I think he does but I think the point he made the other day in the despatch box is that he was taken down to the event, and on reflection and in hindsight he realises it should have been shut down then and there but he didn’t, and he has apologised profusely for having not done so.

“I, having worked in No 10, can see how that happened. The Prime Minister’s diary is like no other. He is extraordinarily busy, it’s put together in five-minute blocks, and he will bounce from phone calls with foreign leaders to national security meetings, to meetings on domestic policy and meetings with advisors on Covid.

“Then someone comes and grabs him and takes him out of his study, and briefs him in the 30 seconds whilst he is walking down the stairs on what he is going into next.

“Now, millions of your viewers will hear that and say ‘yep, thanks but not buying it’. All I ask them is that they wait for Sue Gray’s report to come out and see what she says.”

Susanna hit back though, calling out the special treatment of the PM with the claim he didn’t know the party was against the rules because he apparently wasn’t told.

She said: “Why does he get special dispensation, he was literally the person who stood at the lectern and said follow the rules, you’re not allowed to gather, you’re supposed be at home.

“We were all in lockdown, remember this was at the height of lockdown and you could meet one person outside.

“But you are saying that because he was particularly busy and because other people manoeuvred him around, organised his diary, he can be forgiven for not knowing what the rules are. As you said yourself no is one gonna buy it.”

Heappey was heard trying to interject by repeating “no” before claiming he wasn’t suggesting Johnson didn’t know what the rules were.

What are Tory vote of no confidence rules and will MPs sack Boris Johnson?