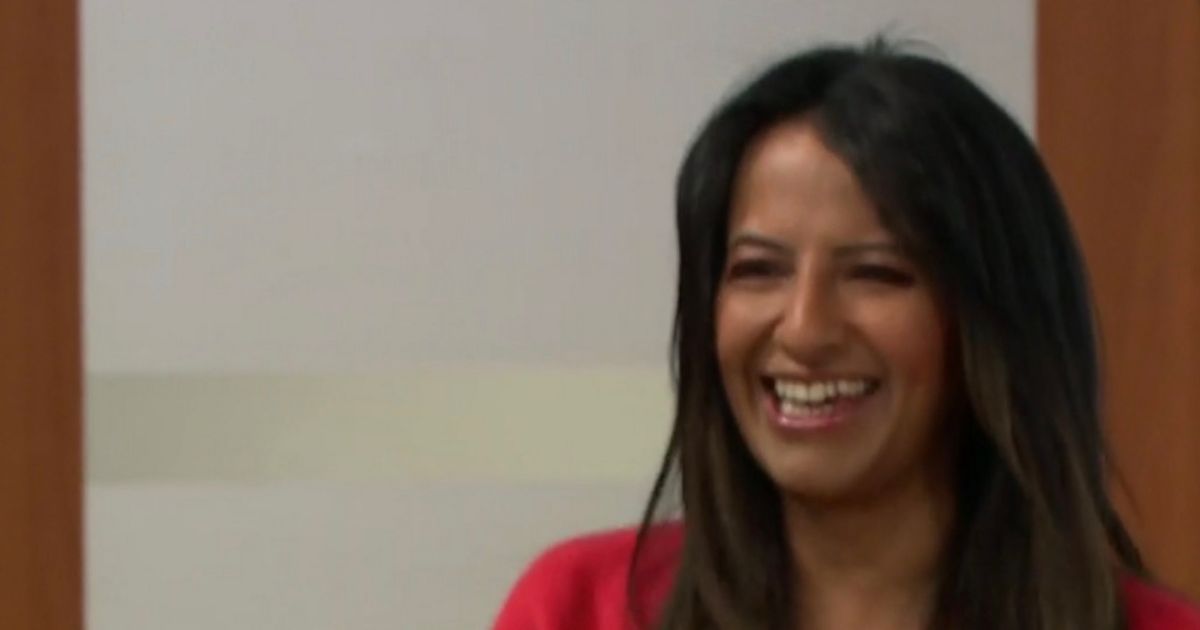 GMB: Ranvir Singh walks into the studio during debate

The presenter was the news anchor on the ITV breakfast show today – but she stepped onto the set early, leaving the show’s main presenters – Susanna Reid and Martin Lewis – and their guests laughing.

As they discussed the day’s news and the pressure on the NHS with Dr Hilary Jones, Ranvir could be seen walking behind the guests as a member of the crew reached out to try and hold her back.

When the camera was focused on The Mirror’s Kevin Maguire, Ranvir stood out behind in her bright red jumpsuit.

Ranvir stepped behind Kevin Maguire during a debate today
(

She was quickly pulled back by a member of crew
(

A hand then reaches out to try and ask her to step back as she made her way onto set with the day’s newspapers. Realising her mistake, she retreated back as Susanna addressed her brief appearance.

“Oh, hello, Ranvir,” the presenter said, looking over at her colleague, as Ranvir joked back: “I’m a bit early. I’ll step out gently.”

The moment left Susanna and Martin laughing as they noticed Ranvir’s early entrance.

Ranvir laughed at her own mistake
(

It has been announced that Louisa James will be replacing Ranvir on the ITV show, as she’s stepping down as political correspondent.

Susanna and Martin thought it was very funny
(

Ranvir quit as political correspondent earlier this year, but will still fill in on the main presenting line-up from time to time.

“Ranvir is ready for a new challenge at Good Morning Britain and she wants a bigger role within the team,” a source said at the time.

“She quietly stepped down as the political editor of the show in anticipation of having a more substantial part to play. Ranvir covers for Susanna Reid when she is away and this week has stepped into her shoes during half term.”

The insider added: “But she wants more and the bosses at GMB are clamouring to give it to her. She is a hugely popular member of GMB and keeping Ranvir on board is something everyone wants.”