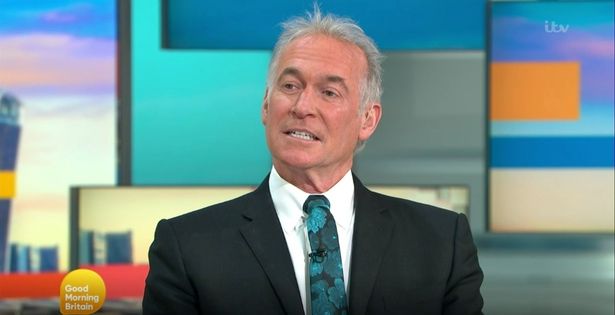 Dr Hilary Jones had his say on reports Prime Minister Boris Johnson may allow hugging in England from next Monday, with him urging caution.

The Good Morning Britain doctor told of the benefits of hugging, but warned there was a greater risk of coronavirus transmission if people started touching everybody.

Hilary said that with coronavirus still spreading in the UK and around the world, with new variants detected, it could be a “mistake” to start allowing such close contact.

While it is yet to be confirmed, Johnson is tipped to announce hugging will be allowed from Monday May 17 when the lockdown rules change again in England.

With bigger groups allowed to gather outdoors, and groups of six allowed indoors, the allowance of hugging is a late change to the earlier announced new rules.

He went on to share that they release comforting hormones and happy hormones which make people “feel more relaxed” and that “anxiety diminishes, depression diminishes”.

Hilary then urged caution again though, stating that while hugging was beneficial especially for those who have become touch deprived, it was important to remain sensible.

He told the hosts: “Right now it might be a mistake, because we have got these new variants, we’ve still got 2,000 cases that we know about every day, probably a lot more that we’re not testing for, so it is still time to be cautious.”