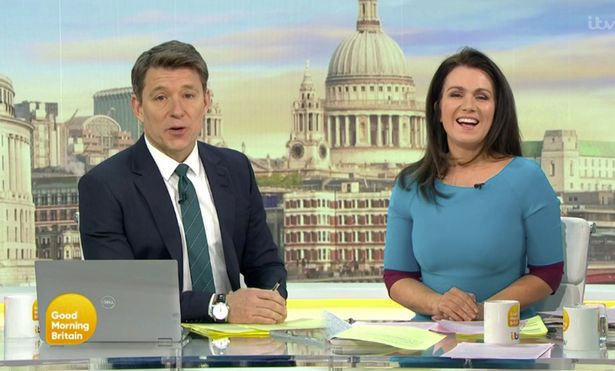 Ben Shephard is reportedly being lined up to replace Piers Morgan on Good Morning Britain as ITV are believed to consider him the “safest option”.

Piers sensationally quit the show earlier this month in a row over his coverage of Meghan Markle’s interview with Oprah Winfrey.

Ben, 46, has been filling in for Piers, 55, since his departure, and now the Mail on Sunday reports he will continue hosting alongside Susanna Reid until September.

The publication states there will then be a review to ” assess how the partnership is going down with viewers”.

A source told the paper: “ITV and GMB bosses were totally unprepared for Piers going… Nobody had a back-up plan.

A show source told The Sun : “On Thursday, the GMB production team were summoned to a meeting about the handling of Patsy’s chat.

“Her interview was viewed as a disaster as obviously upsetting anyone is the last thing anyone would want.

“It was made clear to some members of the team that this was a crisis meeting as there were issues that needed addressing quickly.”

The Mirror has contacted representatives for ITV for comment.