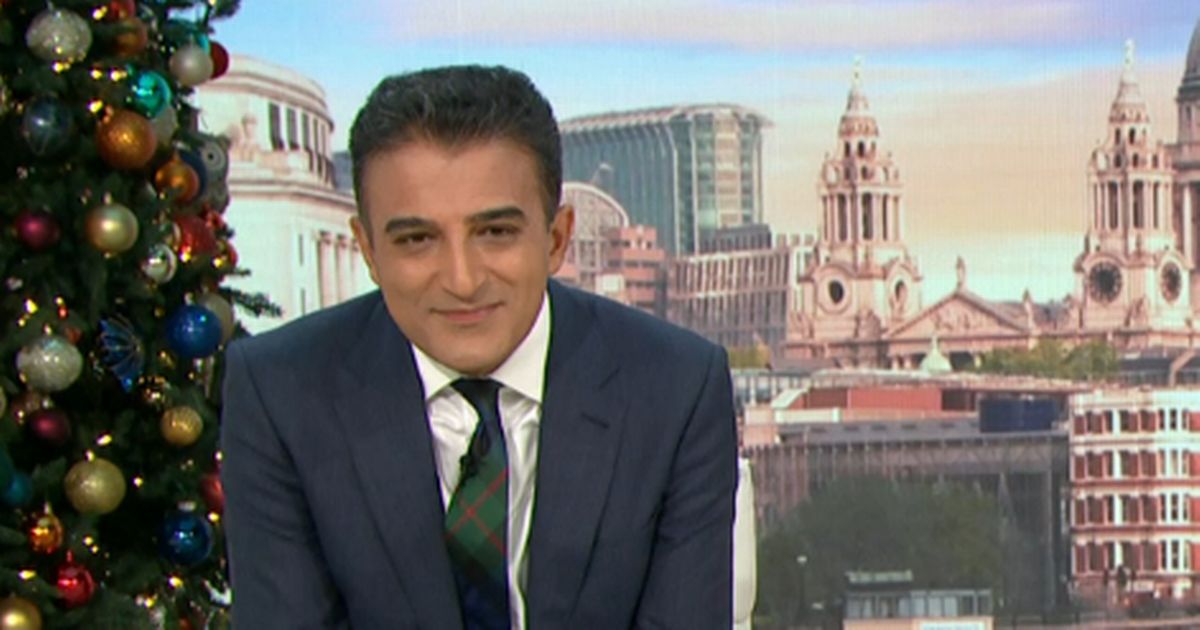 Good Morning Britain host Adil Ray emotionally discussed the deaths of three of his family members to Covid during a fiery exchange with a Conservative commentator in a debate about the current photo scandal engulfing the Prime Minister.

Emotions have been high for many since a snap emerged of PM Boris Johnson and a number of other people enjoying wine and cheese in the gardens of Number 10 in May last year at a time when the UK was in lockdown and the public were banned from mingling.

The Prime Minister himself has declared that the image shows people “at work” despite many critics highlighting the obvious lack of laptops or work notebooks while the people in the photo are gathered in the garden.

Adil, 47, engaged in a conversation with 42-year-old Conservative commentator Alex Deane as they discussed the Prime Minister’s handling of the garden party photo and the ongoing response to the pandemic.

Adil said: “At the start of the pandemic he was proudly saying he’s been shaking hands. He sets the tone, it’s leadership.

“It’s no surprise as a result of that that some of his staff think it’s OK to have cheese and wine parties because our very own leader has a complete disregard for the pandemic and the rules.

“Real responsibility has to come from the top, doesn’t it Alex?”

The consultant and commentator replied: “I get you think this is the opportunity to have a go at – and potentially even bring down a Prime Minister – and I understand the excitement some people have of that.”

Getting emotional, Adil then shouted back: “Alex, I’m not going to let you do that. I don’t care whether it’s Boris Johnson who is Prime Minister or not.

“I’m talking about people like me who lost people during this pandemic. I lost three relatives, so don’t say to me I’m trying to be political.

“There are people out there thinking, ‘Why is he able to have cheese and wine in his garden and there are some people who weren’t able to see their loved ones?’ This isn’t just politics. Please think about those people too, Alex.”

But Alex became defensive and argued: “Forgive me, if you’re going to make it personal, Adil, you should probably know things about the people you’re making personal wounds about. I think this is an extraordinary way to approach this debate.”

Alex went on: “Christmas last was my father’s last Christmas, if you must know.

“I don’t know what right you have, as if there’s some kind of points to be scored. He didn’t get to see his mates for the last year of his life. Do I deeply regret that, yes.

“Do I think the way you behave right now abusing people and demanding they rent their garments and show their wounds and they only have an appreciation of the debate if they’ve lost somebody is appalling.”

Adil has previously discussed the fact that three of his family members have died due to Covid – and has challenged the government over their handling of the pandemic.

Rounding on former Health Secretary Matt Hancock – who was in charge of UK health when the pandemic first began – Adil explained why he was keen to keep holding the government’s feet to the fire over the pandemic.

He said on GMB: “We are doing it for those people who couldn’t hold the hands of their family members or attend funerals.

“We are doing it for them and they deserve answers. I know you say you don’t know but you were the Health Secretary in charge at the time.”GMB’s Adil Ray cries he lost three relatives to Covid as furious row breaks out