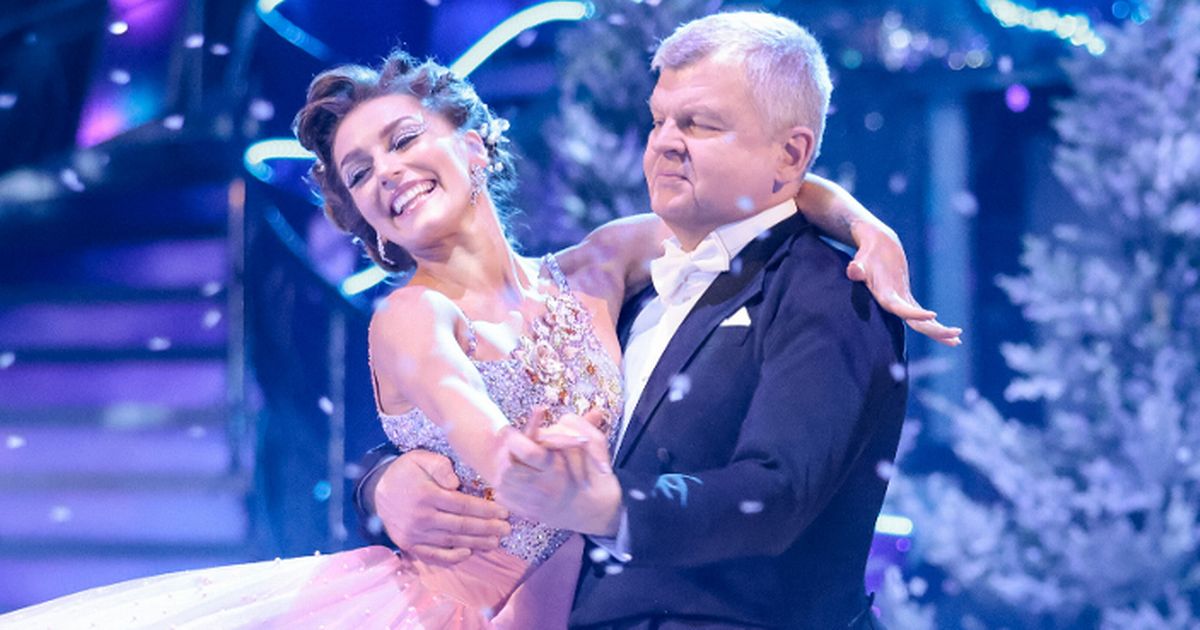 Adrian Chiles has confessed he was left red faced as he accidentally broke wind while practicing his dance moves for the Strictly Christmas special.

The TV presenter, 54, is set to take part in the hit dance show’s festive showing on Christmas Day with dance partner Jowita Przystal.

And he’s admitted that he had an embarrassing moment during the first trial run for the pair’s lift sequence.

Writing in The Sun, Adrian revealed that he “just can’t do” dancing. He said: “I quickly become overwhelmed with shame. I find it nothing less than traumatic.”

And the trauma must have intensified just as he thought he was managing to learn the Waltz.

Speaking about the lift, he confessed: “Given my significant weight advantage, this was the one bit I was confident about. Such was my enthusiasm, the first time I executed the lift I’m afraid I inadvertently broke wind very loudly.”

He blamed the mishap on eating his breakfast too fast but said his dance partner simply pretended not to notice.

He also said that he doesn’t believe in the Strictly “curse” and said there was no intimacy involved in his routine, saying the only feeling he felt was “sheer terror”.

“I gripped my partner Jowita Przystal like a drowning man might cling to driftwood. The poor woman may be marked for life, with my fingerprints,” he said.

Adrian had previously described how those closest to him were shocked that he agreed to take part on the show and went as far as suggesting many were horrified.

“They can’t believe it I’m doing it, and neither can I,” he said. “Thoughts and prayers with whichever poor dancer is lumbered with me.”

Fred, 49, has described how it will be role-reversal for him and his daughter after he cheered her on at this summer’s Olympic Games.

Adrian confessed to an unfortunate moment in rehearsals
(

He said that his Team GB daughter Andrea, who competed in diving, inspired him to take part in the show and has been very supportive throughout his intense training regime.

Fred said: “When I started rehearsals I was joking that this was like I was representing France at the Olympics. I have been showing Andrea the dances since the first day of the rehearsals and she said to me, ‘Dad, you just have to focus’, which was her main advice.