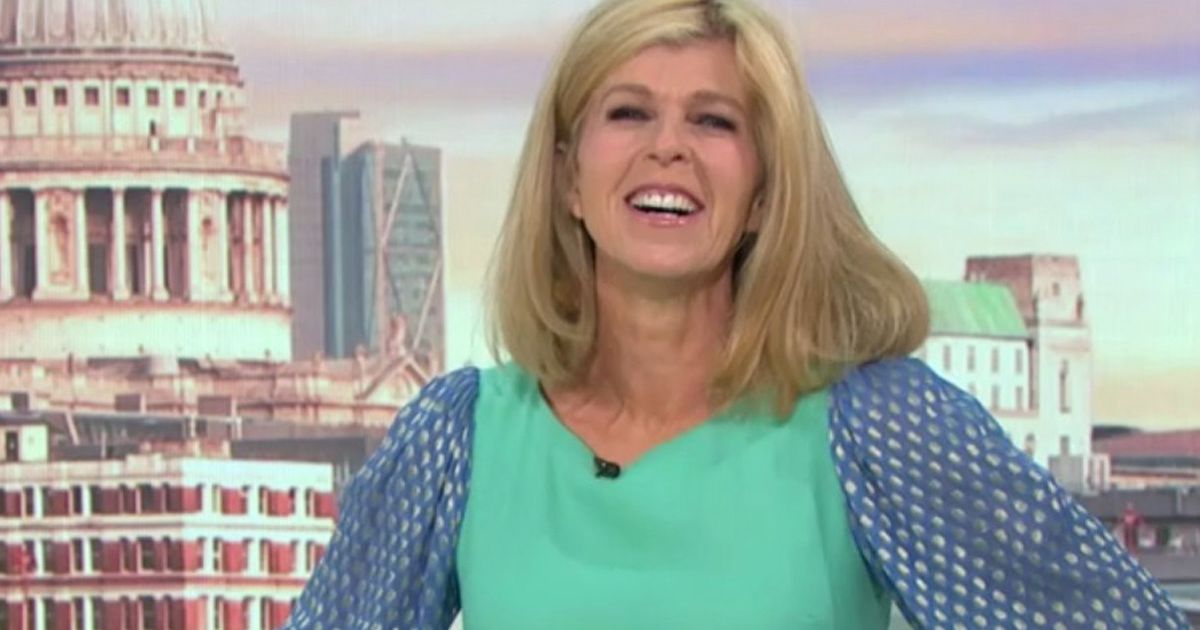 Kate fashioned her blonde hair into a sleek shoulder-length bob as she smiled, clearly ecstatic to be back presenting the show.

Yet viewers were a little distracted by her dress’ illusion as made it look like she was wearing a tabard.

One tweeted: “Is @kategarraway about to start cleaning the studio? Thought for a moment she was wearing a tabbard! #GMB.”

While another quipped: “@GMB looks like Kates wearing one of Abbas old outfits this morning.”

Kate certainly isn’t the first GMB presenter to confuse viewers with their choice of dress – just yesterday, Susanna was ribbed by her co-stars as she wore a “pink silk dressing gown”.

“I just want to point out, I did get dressed this morning,” she said awkwardly. “I haven’t come in my dressing gown.”

It comes after Kate issued a “devastating” update on Derek’s condition yesterday.

Derek contracted coronavirus in March last year and was put into an induced coma for months. He returned home in April this year, but he still has a long uphill battle ahead.

Speaking to Dr Hilary Jones on Good Morning Britain, Kate said that Derek suffers from extreme fatigue and sleeps for 20 hours a day.

She said: “People who have had it mildly are starting to argue that it’s the same as flu, because flu can be devastating to people as well.

“But this is very different because flu doesn’t give you this degree of organ damage. I mean, even when you look at some of the symptoms that people who have been double vaccinated suffer from – it’s fatigue.

“Now fatigue, I used to think, was just being exhausted by getting up in the morning. But the fatigue that Derek has – I know that he’s an extreme case because he’s got multiple organ challenges – but even some with more milder cases… Derek is sleeping 20 our of 24 hours a day!

“He has 10 minute windows! And it’s not like he’s feeling a bit tired, he goes white, pale and it’s like everything shuts down. So you don’t want that kind of fatigue, even ruling out all the other things that people are suffering with so far.”

Referring to the third jab, which is set to be issued to vulnerable patients, Kate continued: “The idea that you can prevent that and just have a bad week in bed is life-changing, isn’t it?”