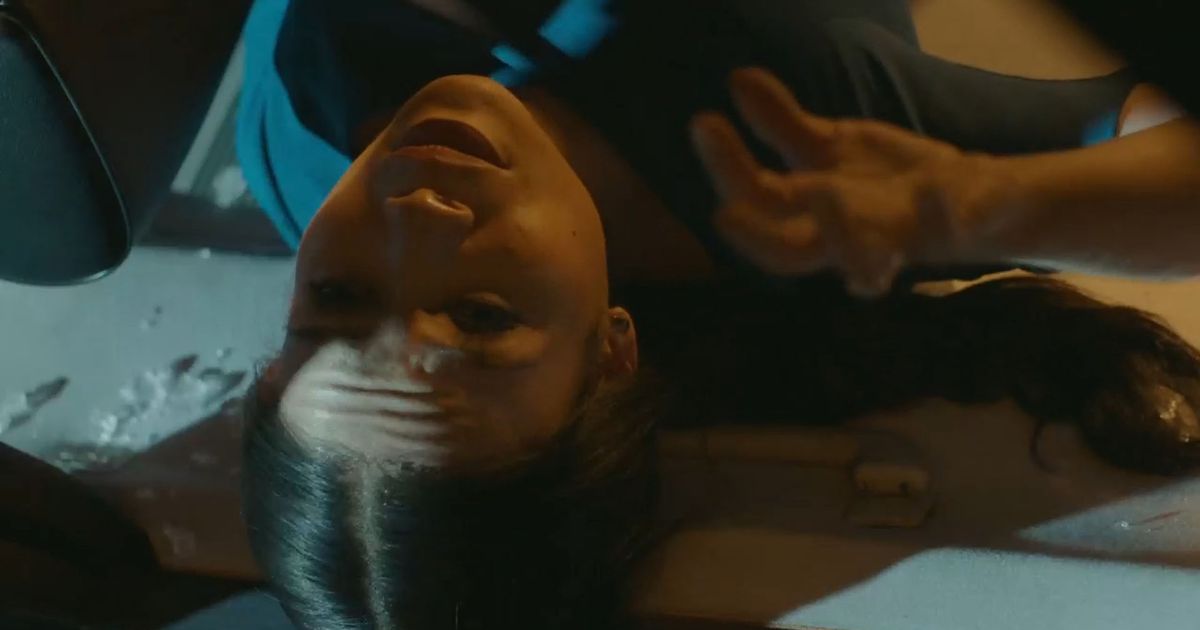 Lifetime TV movie Harry & Meghan: Escaping the Palace has come under fire ahead of its debut on American TV

And stills from the movie – that is set to be released across the pond this weekend – have sparked outrage as they reveal that the TV film will open with a dream sequence in which mother-of-two Meghan will be involved in a car accident.

Snaps show actress Sydney Morton – who will portray Meghan – laying in a car wreck surrounded by paparazzi before Prince Harry – played by Jordan Dean – rushes to the car door to open it.

In the next scene, the star then wakes up in bed alongside Prince Harry and son Archie.

After the photos were seen, many vented their outrage and blasted the film for using the tragedy of Princess Diana’s death to create a dramatic scene in the movie.

One fumed: “Is this a sick joke? – Meghan Markle ‘lies dying’ after car crash at start of new TV film.”

Another showed their fury by typing: “This is in bad taste. I don’t believe they can make a series like this!!”

A third typed: “Tasteless and abhorrent” in response to the stills.

Another added: “This IS bang out of order WTF????”

In June, Lifetime released a short trailer for the upcoming film, the movie is set to focus on the whirlwind last few years that the couple has faced.

Amid a backdrop of dramatic music, the trailer begins with Harry telling his wife: “I see you literally being hounded to death, and I’m powerless to stop it.”

His remarks cut between images of the pair as they sit down with Oprah Winfrey, look after baby Archie alongside scenes filmed in what appears to be the palace.

In the trailer, Meghan then declares: “I am the person who is strong and gets things right.”

At another point, Harry wakes up in a cold sweat as he worries about Meghan Markle before later tenderly kissing his wife.

The brief clip also features a poignant message emblazoned across the screen that reads: “Not all fairy tales have the perfect ending.”

The film is set to be released across the pond on September 6 to coincide with Labor Day.

It is not the first time that Harry and Meghan’s lives have been reimagined for the silver screen, and two movies were previously released in 2018 and 2019.