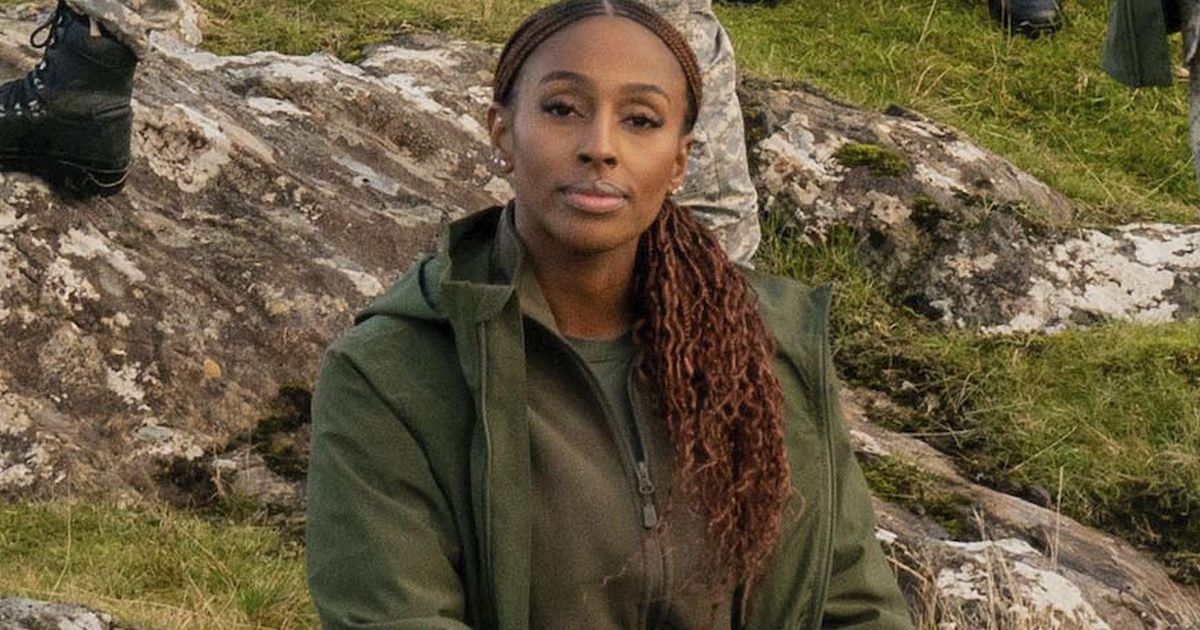 Alexandra Burke was full of praise for the new series of Celebrity SAS: Who Dares Wins. The X Factor winner joins the likes of Kerry Katona and Wes Nelson on the toughest course yet

Alexandra Burke has praised her decision to take part in the new series of Celebrity SAS: Who Dares Wins

Alexandra Burke has described taking part in Celebrity SAS: Who Dares Wins as “the best decision” she has ever made.

The X Factor winner is one of the 12 new famous faces being put to the test by Ant Middleton and his team in the latest series of the Channel 4 show.

Alongside stars such as Kerry Katona and Vicky Pattison, Alexandra abandoned her glamorous lifestyle and headed into the wilds of the Scottish Hebrides to discover if she has what it takes to pass SAS Selection.

Speaking ahead of the next episode airing on Sunday night, the 33-year-old singer revealed that she had “always wanted to” participate in the show that pushes people to their limits.

“I have been a fan of the show for many, many years, and I’ve always wanted to do it. I’ve never had the time to do it, unfortunately, because of my schedule,” the singer said.

“But I got the opportunity because of lockdown and stuff like that, to be able to come and do it, then I got asked to do it. And my goodness, it was probably the best decision I’ve ever made in my whole entire life, because I wanted to do something for me.”

The theatre actress continued to explain how taking part in Celebrity SAS: Who Dares Wins was something she did purely for herself.

Alexandra Burke joins 11 other celebrities for this series of Celebrity SAS: Who Dares Wins
(

“Everything I do is always been based on either doing it for my family or doing it for someone else, my fans or whoever,” Alexandra confessed.

“And it’s honestly the best decision I ever made,” she candidly added.

Over eight days, the famous faces will be put through a series of gruelling tasks and interrogations that will test them both physically and mentally.

Each will confront surprising truths about themselves, to discover their true self throughout their time on the Channel 4 show.

Alexandra has spoken about her mental strength prior to taking on the toughest challenge of her life – while also paying tribute to her late mother.

“If I’m completely honest, I would rate my mental strength quite high. And that’s me being very honest and not being big-headed about it either,” the Bad Boys singer confessed.

“My mental strength, honestly, comes from a place where I’ve seen my mum go through so many ups and downs in her life and her career.

“I’ve seen her raise four children by herself with the help of my grandfather and my auntie. I’ve seen and witnessed so much. It’s coming up to four years since losing my mum, there’s nothing that prepares you for losing a parent.

“I think that is where my strength comes from because I don’t have an excuse in my eyes to be anything but strong.”

The West End star called her celebrity co-recruits “amazing” and said she would “give anything” to turn back time.

“They picked everyone to perfection. It was just beautiful that we all got along,” the best-selling singer gushed.

“We all supported one another. We all helped each other out. It was just I can’t even begin to tell you because you don’t get this in any so-called reality TV show.

“But I can’t call this show reality TV show because it’s not, it is far from that. It’s more than that. It’s unbelievable. But when you bring celebs together, you don’t usually get along with everyone.

“It’s not really a thing. You know what I mean? And in this case, it was a thing. Everyone was just incredible. And I would give anything to turn back time.”