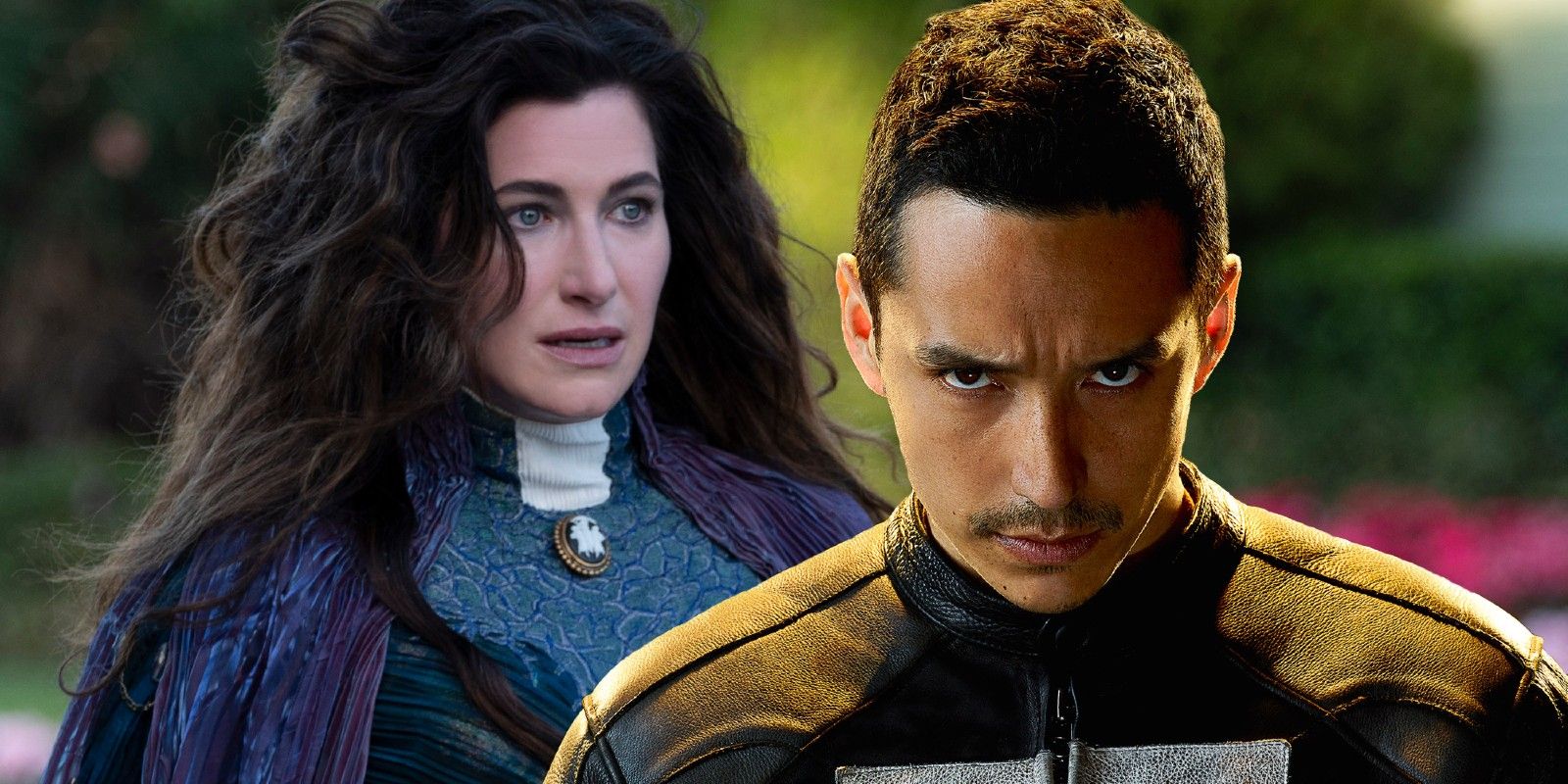 Agents of SHIELD‘s Ghost Rider actor Gabriel Luna jokes that he’s to blame for the Darkhold’s appearance in WandaVision. Marvel Studios made the move to TV with their first Disney+ show and did so by directly tying WandaVision into the Marvel Cinematic Universe movies. In addition to starring Wanda Maximoff aka Scarlet Witch (Elizabeth Olsen) and Vision (Paul Bettany), the show included other characters from the MCU and referenced events from the past. WandaVision made connections to the past, but it also set up part of the future.

The WandaVision series finale saw Wanda become the Scarlet Witch, defeat Agatha Harkness, and say goodbye to the fake family she created inside the Hex. Ahead of her return in Doctor Strange in the Multiverse of Madness, Wanda ended the series on a mission to learn more about her Chaos Magic powers. This included a post-credits scene where Scarlet Witch is reading the Darkhold, an ancient sorcerer book filled with evil spells. The Darkhold is connected to the Elder God Chthon and has sparked many new theories about what lies ahead for the MCU.

What some WandaVision viewers might not know is that the Darkhold appeared in previous Marvel content, as it was featured prominently in Agents of SHIELD season 4. It was part of the Ghost Rider arc of the series, and Ghost Rider actor Gabriel Luna is jokingly taking the blame for the Darkhold falling into the wrong hands. Luna shared a funny tweet where he confessed that hiding the Darkhold under his mattress might not have been the best place to hide the powerful book.

It seems unlikely now that the Darkhold in WandaVision is the same one as Luna’s Ghost Rider had in Agents of SHIELD, and that is sure to disappoint some fans. Still, Luna is simply having fun with the appearance of the Darkhold in Marvel’s wildly popular Disney+ series. Since WandaVision‘s ending makes it appear that the Darkhold will be seen again though, perhaps a connection of Luna’s Ghost Rider and Agents of SHIELD could still come in the future somehow. The MCU hasn’t explained how Agatha came to possess the book, so maybe an encounter with Ghost Rider did happen after all.