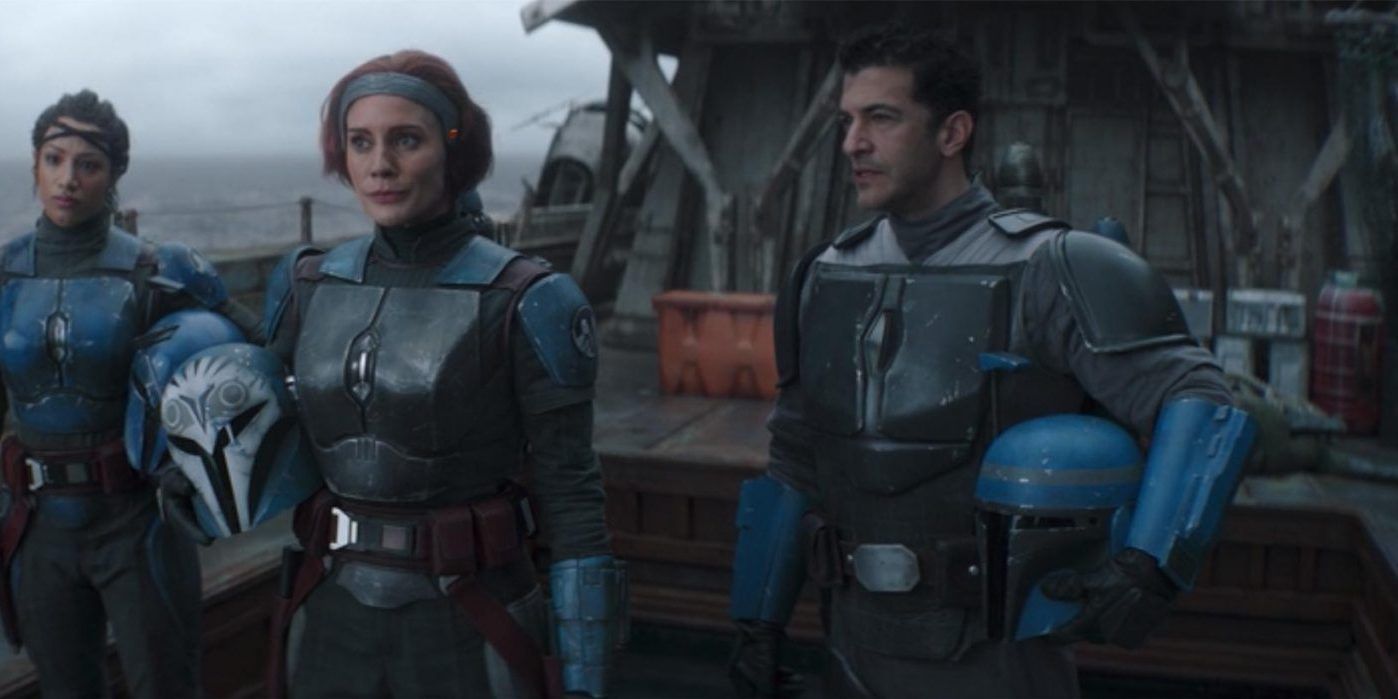 Djarin has spent season 2 in search of fellow Mandalorians who can help deliver Baby Yoda to the Jedi (or, if possible, his mysterious species). “The Heiress” brings Djarin to the watery moon of Trask, where a local fisherman says he can bring our protagonist to other Mandalorians. While en route, the Quarrens double-cross Djarin; thankfully, the former leader of Mandalore, Kryze, and two other jetpack-clad warriors swoop in to save him and Baby Yoda. Kryze’s companions are brand new characters, Koska Reeves (Sasha Banks) and Axe Woves (Kassianides).

Kassianides celebrated his debut on The Mandalorian by providing some heartfelt insight into his experience of getting the role. He credited Jon Favreau and Dave Filoni for his character’s creation but also said that, according to them, Woves’ name was created on set by George Lucas himself. Check out Kassianides’ post below.

We can infer that Kassianides’ character is part of Kryze’s Nite Owls from the animated Star Wars: The Clone Wars series. When we meet him, he and his group take off their helmets, something that Djarin takes to mean they are not true Mandalorians. Woves then says, “he’s one of them,” referring to the “Children of the Watch,” radicals determined to restore the old ways of Mandalore (like never revealing your face). Regardless, Woves shares Kryze’s desire to take back their home planet of Mandalore and, despite their differences, agrees to help Djarin find the Jedi (Ahsoka Tano) if the latter helps them steal an Imperial cruiser full of weapons.

In addition to all of that, “The Heiress” revealed that Kryze wants the Darksaber back from Moff Gideon. Kryze wielded the Darksaber during the Empire’s occupation of Mandalore but lost it sometime during the Great Purge. As The Mandalorian continues to follow Lucas’ lead, it’s safe to say that not only will we see Woves again but meet other new Mandalorians as well.