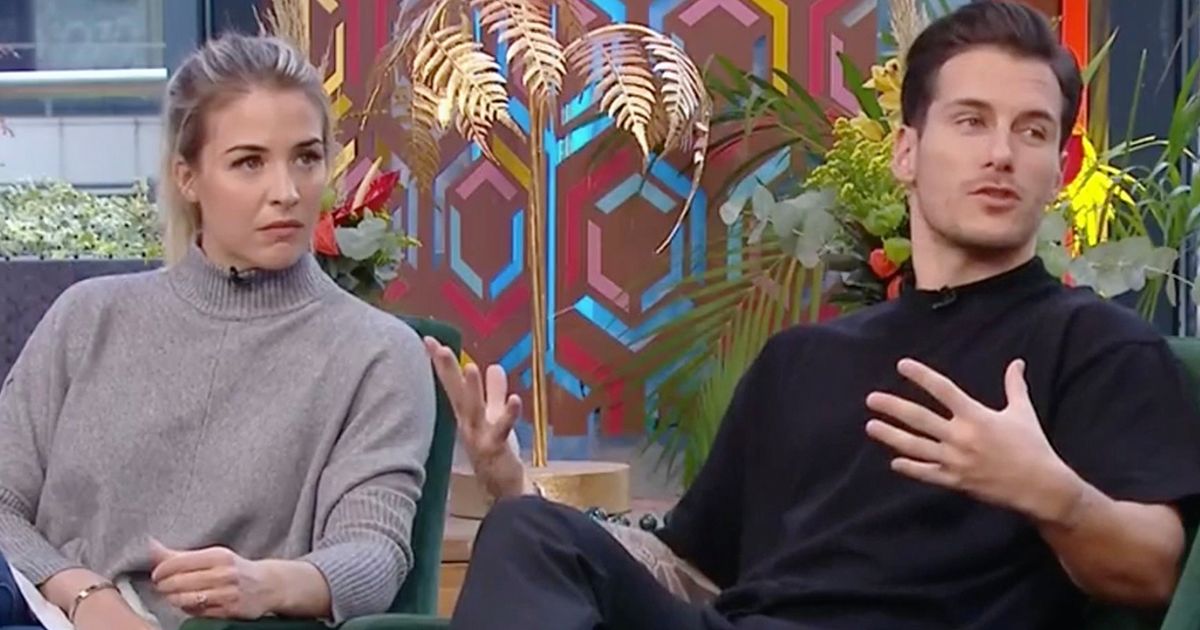 Following Gorka Marquez and Katie McGlynn’s Strictly Come Dancing exit, Gemma Atkinson has revealed how she copes with seeing her fiancé get close with celebrity partners

Gemma Atkinson has revealed how she copes with fiancé Gorka Marquez getting up close and personal with his celebrity partners on Strictly Come Dancing.

Appearing alongside the professional dancer on Steph’s Packed Lunch on Tuesday, the former Hollyoaks actress was quizzed about whether she has ever disliked any of Gorka’s partners on the BBC series.

Chatting with Steph McGovern on the Channel 4 show, Gemma and Gorka shared some behind-the-scenes secrets from the Strictly set, following the 31-year-old’s exit from the show over the weekend with partner Katie McGlynn.

A member of the Packed Lunch studio audience then asked the couple: “Has Gemma ever disliked any partner that you have had that you’ve danced with?”

Gemma Atkinson was once a contestant on Strictly Come Dancing herself

“Apparently the press has said I’ve disliked all of them,” Gemma began her reply to the audience.

“In fact, I read an article saying I was to blame for Saturday because they [Gorka and Katie] lacked chemistry because they were fearful of me. I said to you, Katie is from up North, she lives near us, take her for coffee and dinners…”

The star and Gorka met during Gemma’s time on the BBC show and went on to become parents to two-year-old daughter Mia together.

The happy couple first met in 2017 when 36-year-old Gemma was a contestant competing for the coveted Glitterball trophy – although the pair didn’t actually take to the dance floor together.

Speaking on Channel 4, Gemma reflected on her time on the show and how it helps her feel comfortable about her partner dancing with other women.

“I know how daunting it is as when I danced with Aljaz, I met Janette and I knew he was a married man,” she explained.

She added “In the same respect that if I did an acting job and had to kiss someone, I wouldn’t want him piping up. I’m always encouraging. You’ve been lucky, you’ve had ace partners.”

The Spanish dancer also chimed in when answering the question from the audience.

“For me, I know there are a lot of rumours about the Strictly curse, but I can guarantee you that for all of us it is a job and we know we have to get into character,” he said.

The happy couple are planning to become husband and wife overseas

On Valentine’s Day this year, Gemma and Gorka shared the happy news that they are engaged via a romantic selfie which showed the radio presenter sporting a sparkling diamond ring.

“Valentine’s forever… Of course, I said yes,” Gemma gushed in the caption.

Speaking on Steph’s Packed Lunch once again, the mum-of-one revealed the couple plan to tie the knot abroad.