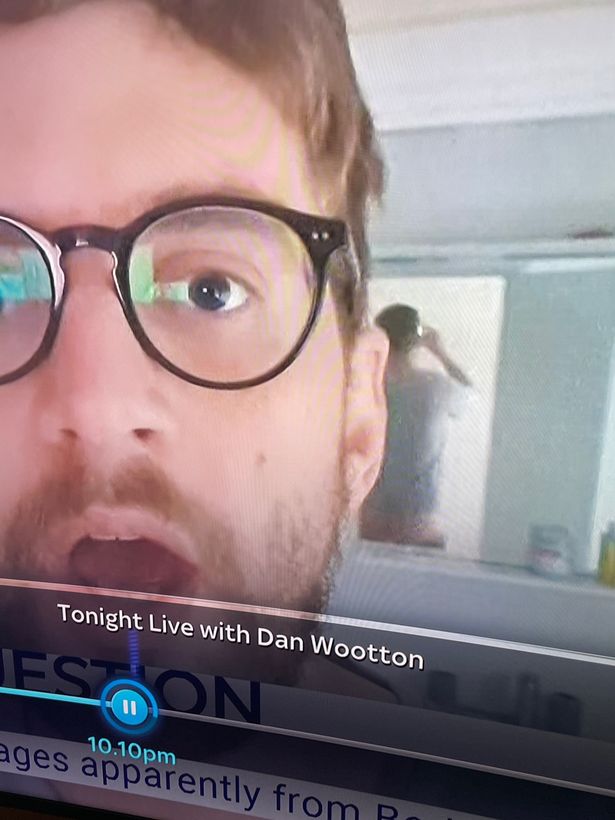 The actor-turned-failed mayoral candidate had joined host Dan Wootton to answer questions from the public.

Among them had been comedian Adam Pacitti, who appeared to have a relatively innocent question for Fox about people being “offended by a joke”.

Yet, both Fox and Wootton appeared to be completely unaware of the background mirror’s reflection as Pacitti spoke via video chat.

Facing the camera, Pacitti moved it slightly to show more of his background as he said: “Hello. I am a great fan of your work and also a great fan of comedy. I am a man that loves to laugh. I am of the belief that either one can joke about everything or nothing at all because somebody will always be offended by a joke.

Another wrote: “The legend of legends. Was watching with a friend and started freaking out when I saw it was you.”

This comes just hours after presenter Simon McCoy – who left the BBC to join GB News – ordered pranksters to “grow up” after messages were sent in my fake names such as Mike Hunt and Mike Oxlong.