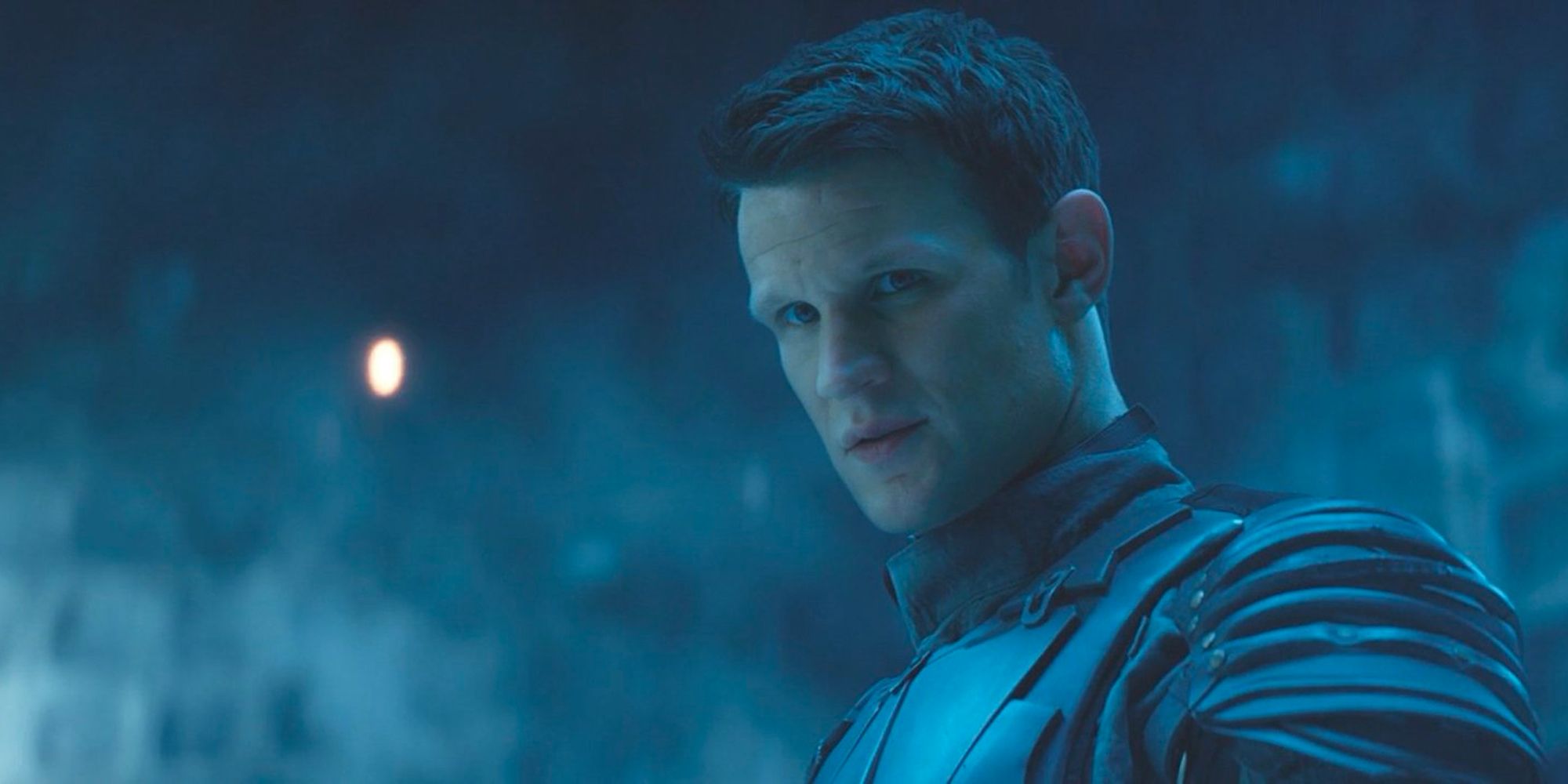 Matt Smith reveals he’s looking forward to riding dragons in the upcoming Game of Thrones prequel House of the Dragon. The 10-episode series is based on George R.R. Martin’s novel Fire & Blood, which delves into the history of GoT‘s House Targaryen. Game of Thrones concluded its explosive eight-season run in May 2019.

Daenerys Targaryen (Emilia Clarke) is one of the top competitors for the iron throne on Game of Thrones, up until the series’ controversial ending. She stakes her claim to power on the basis of birthright: despite the princess’ fraught relationship with the royal family that sold her out, she believes that her Targaryen blood makes her the rightful heir to the highest seat in Westeros. Dany gains support for her cause when she miraculously emerges from a fire having hatched three dragon eggs, which she trains and raises as if they were her children. House Targaryen is said to have a special connection to the creatures: history tells that Aegon Targaryen conquered the Seven Kingdoms with their help, and they appear on the family crest.

During a recent Q&A with GalaxyCon, House of the Dragon cast member Matt Smith alluded to the possibility that his character will ride dragons in the prequel.  Although Smith doesn’t definitively reveal in the interview whether or not he’ll be mounting any airborne reptiles, the actor seems to know a bit more than he’s letting on. Based on his coy delivery, viewers can probably expect to see Smith on dragonback sometime during the course of the series. Smith may be an award-winning, Emmy-nominated actor, but something about this performance just isn’t all that believable:

Without saying too much…I’m looking forward to riding a few dragons…if I get to. I mean, I don’t know. Who knows?

Magic lizards aside, Smith says he’s excited for the opportunity to become part of the GoT legacy and join what’s shaping up to be a great cast. Smith’s casting was just announced: the Dr. Who and The Crown actor will play Prince Daemon Targaryen, King Viserys’ younger brother. Daemon is a skilled warrior and second heir to the Targaryen throne after Viserys, who will be played by Paddy Considine (The Outsider). Olivia Cooke (Ready Player One) and Emma D’Arcy (Truth Seekers) were also announced as cast members yesterday along with Smith—Cooke as Alicent Hightower, the daughter of the hand of the king, and D’Arcy as Princess Rhaenyra Targaryen.

Considering the title of the show, it’s safe to expect HBO will deliver on the Chekhov’s dragon it promises with more than a little reptilian action. HBO recently revealed House of the Dragon‘s first concept art for its dragons, so we know the formidable beasts will at least appear on the show and likely play a central role. As for Smith, it makes sense that his character, a great warrior for his family, would have use for them in battle. HBO specifically says that Daemon possesses “the true blood of the dragon”—all Targaryens technically do, but like Dany, Daemon may have a particular connection to them.