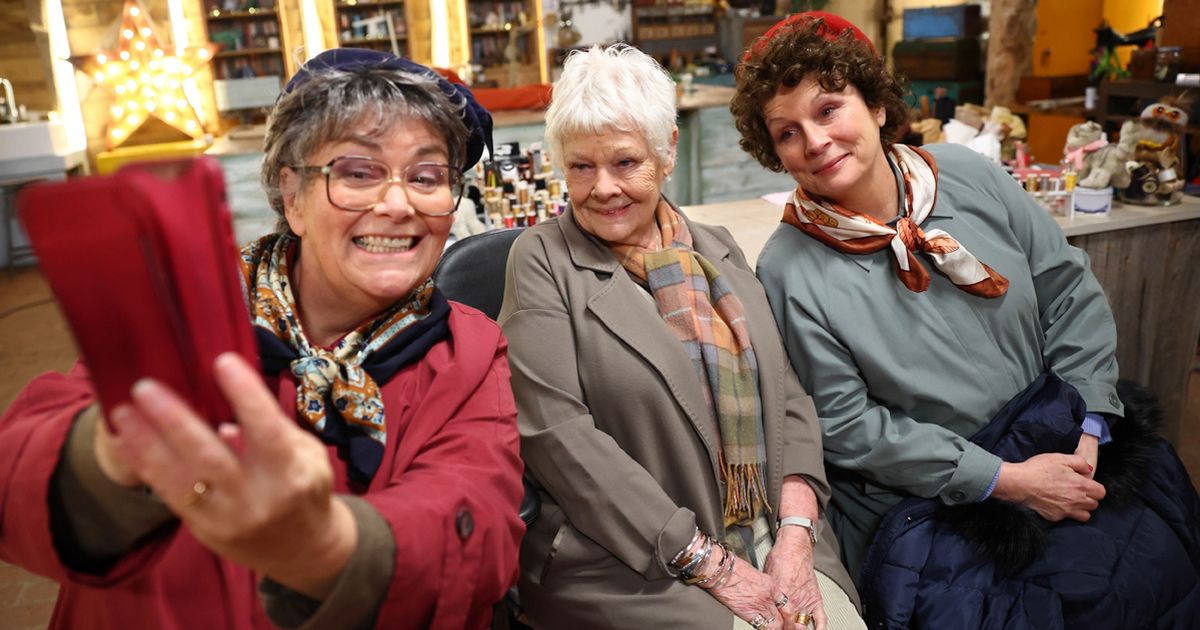 Celebrities hype up the return of Comic Relief for 2022

When it comes to guest stars, the legendary French and Saunders certainly know how to land an A-lister. They’ve smooched with Hugh Grant, released a single with Bananarama and even did Mamma Mia!

But for this year’s Red Nose Day, it wasn’t their alter egos The Extras, who first attracted Dame Judi Dench to their sketch. It was The Repair Shop’s Jay Blades.

For while Dame Judi looks desperate to be rescued in our exclusive sneak peak, it was actually Jay who needed to be saved from her, or so Dawn French and Jennifer Saunders would have us believe.

In fact all three were so enamoured by Jay, 52, and his tools that they had a little trouble filming the Comic Relief sketch at all.

Speaking on set, ahead of tonight’s Red Nose Day telethon, Dawn says: “The reason why we’re not concentrating, is because we’re fangirling. Major fangirling over everybody, actually, everybody.

“Then we bring our friend Judi in as well. You’re going to have to rescue Jay Blades at the end of the day from Judi’s clutches, and then we’ll be next in line!”

Jennifer adds: “And she’s a huge fan – The Dame Judi. ‘Oh he stole my beating heart’ is what she said’.”

For what it’s worth, Jay was a fan of the 87-year-old Oscar winner too. “Look who I had the pleasure of working with,” he later tweeted. “Still can’t believe it.”

Jennifer, 63, and Dawn, 64, had been imagining a sketch since first seeing the surprise primetime hit.

And it helps that they’re both giant fans.

“When Dawn and I were young, there were a lot more programmes around to take the p*** out of or be on or pretend to be in,” says Jennifer.

“But when I watched The Repair Shop, all I could ever see was our characters going in [with something], or me and Dawn, pretending to mend something.”

In fact they were so excited, the sketch took just “two seconds” to write.

Dame Judi, meanwhile, took the opportunity to bring along a few broken items to show the repairers.

Dawn pipes in: “I started to look around my house for things too. Then I thought, this is like hairdresser friends who everyone expects to snip their fringe. But it was a massive temptation!”

She adds: “Do you know what I’d like them to fix? My arthritic knee! Maybe I should have a word with Dom [the show’s restoration expert Dominic Chinea] about that.”

For Jennifer the programme is so calming, she uses it for stress relief.

“There’s something strangely meditative about it,” she says. “I think honestly, I could watch that man do this little thing, with a little tiny thing and those little glasses on and the tiny bits of wire, forever.”

Dawn adds: “I think it’s because we live in a society where we want everything to work immediately.

“We have no patience. We throw things away. And this show represents a bit of calm, quiet, careful, considered, patient attention.”

Calm, quiet, and patience won’t be the words on the repairers’ minds tonight when French and Saunders’ alter egos bring mayhem to the shed.

They have been staples of Comic Relief’s Red Nose Day fundraiser since the first one in 1988, three years after Sir Richard Curtis and Dawn’s then husband Sir Lenny Henry founded the charity.

The pair are just as keen today to be bringing the laughs – especially with the world so in need of help.

Dawn, whose now husband Mark Brignall is a therapist for recovering addicts, explains: “I know from my husband’s work social care is up against the wall. So the more we do to boost and support, the better.”

And while they must wait until tonight to see the donations coming in, at least know they’ve already put a smile on a certain Dame’s face.