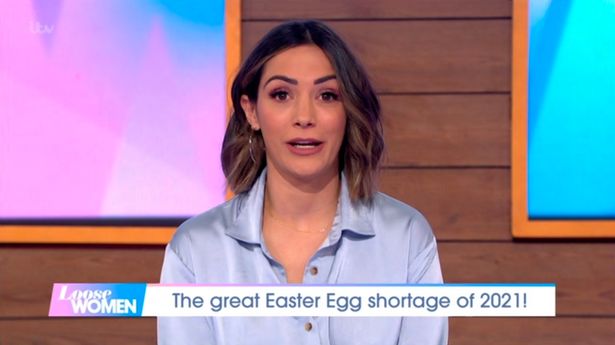 Frankie, who shares sons Parker, seven, and Carter, five, with Wayne, who she married in 2014, sparked outrage on the show after viewers questioned how Wayne did not notice the price.

Many demanded Frankie donate the chocolate after she joked they would be eating it for “breakfast, lunch and dinner”.

Host Kaye Adams asked: “Frankie, would you like to explain yourself here, the nation wants to know.”

“Did they not see the price of 6 crate’s of easter eggs when they ordered them #loosewomen,” wondered a third.

“Being so rich you’re out of touch with reality is laughing over ordering 6 crates of Easter Eggs when you meant to buy 6 eggs # LooseWomen ,” ranted a fourth.

A fifth remarked: “Maybe Frankie should donate the extra eggs to a children’s hospital or a food bank instead of being greedy especially when she can afford it #LooseWomen “.

But others stepped in to defend Frankie, with one penning: “Realistically there is no need for Frankie to be attacked and all I see is a bunch of women moaning about Easter eggs #LooseWomen women are the worst trolls”.