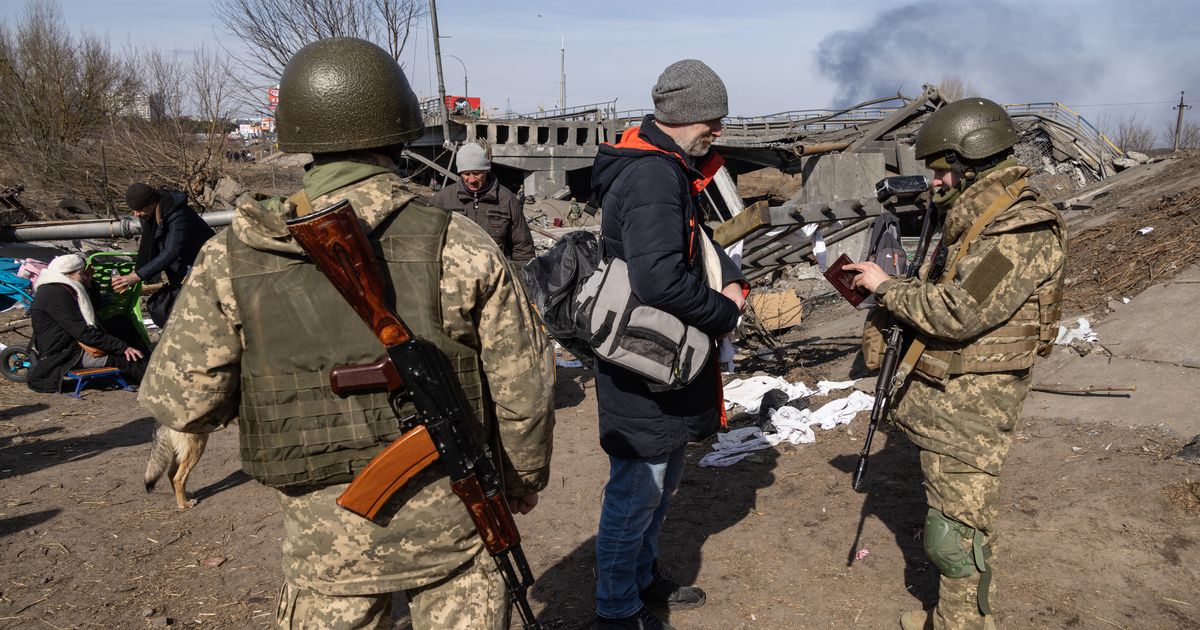 Photographer and filmmaker, Brent Renaud, who had previously worked for New York Times has reportedly been ‘shot dead’ by Russian forces in Ukraine while trying to film refugees escaping the conflict

An award-winning former New York Times journalist has reportedly been shot dead and another injured by Russian forces, according to Ukraine police.

The head of Kyiv region police said one journalist had been killed and another injured in Irpin town close to the capital.

In a statement, The New York Times confirmed the tragic death of their colleague, Brent Renaud, who was a “talented” photographer and film maker, but stressed he was not on assignment for the paper in Ukraine.

It read: “We are deeply saddened to hear of Brent Renaud’s death. Brent was a talented photographer and film maker who contributed to The New York Times over the years.

“Though he had contributed to The Times in the past (most recently in 2015) he was not on an assignment for any desk at The Times in Ukraine.

“Early reports that he worked for Times circulated because he was wearing a Times press badge which had been issued for an assignment many years ago.”

Follow the Russia Ukraine conflict with our live blog here

Brent Renaud had last contributed to the New York Times in 2015, according to the publication
(

A tweet by Kyiv police appeared to show images of Mr Reanud’s documentation including what looked to be a passport, press badge and allegedly a picture of him injured.

Elsewhere on Twitter videos have emerged of what is reported to be Mr Renaud’s injured colleague, as he was treated in a Ukraine hospital.

Speaking to a camera, the man on the hospital bed introduced himself as ‘Juan from the US’ and said he was Mr Renaud’s friend before describing what had happened.

He said: “We crossed the first bridge in Irpin, we were going to film other refugees leaving and we got into a car – somebody offered to take us to the other bridge.

“We crossed a checkpoint and they started at us so the driver turned around and they kept shooting, there were two of us.

“My friend is Brent Renaud and he was shot and left behind.”

A woman who appears to be filming the clip asks Juan “how is [Brent]” to which he responded “I don’t know” before adding “I saw him being shot in the neck, we got split and I got hauled into the… an ambulance I don’t know.”

The tweet by police in Kyiv read: “URGENT! In Irpen, the Russian occupiers have just shot the international journalists of the New York Times! One killed, one wounded. Now militiamen try to take out the victim from a combat zone.”