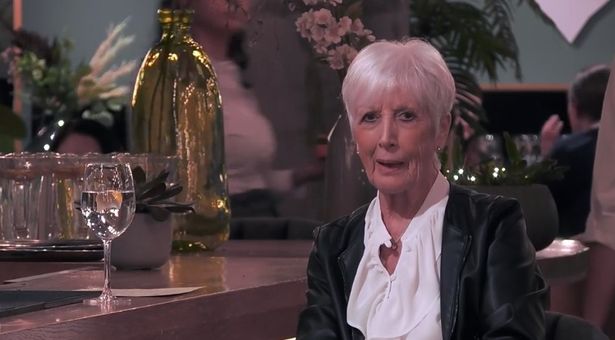 First Dates viewers were left stunned by former pin-up girl Jean, after she revealed her true age during her on-screen date.

Jean was hoping to find love on the Channel 4 show and it wasn’t long before she also had those watching eating out of the palm of her hand as well.

She told her date that she was a glamorous model in her heyday, with the Daily Star among the many publications she graced during her career.

Jean set Twitter alight when she said that she was actually 83-years-old, leading to many viewers posting positive messages to her as they couldn’t believe her ageless beauty.

She had been paired with John, who was also 83, for a date at the First Dates restaurant and he was delighted as he remembered enjoying seeing Jean’s pics when she was at the height of modelling fame.

A third added: “Wow, both of their partners died on the same date, bless ’em… Surely, that’s a sign for ’em to get together, though.”

There were some signs that there could be a romance blossoming, with John saying after the date: “She has a really nice personality, a lovely lady, and I hope she feels the same about me.”

They went on a second date as Jean felt the same way and it was revealed that since their appearance on the show, the pair are still dating and seeing each other.