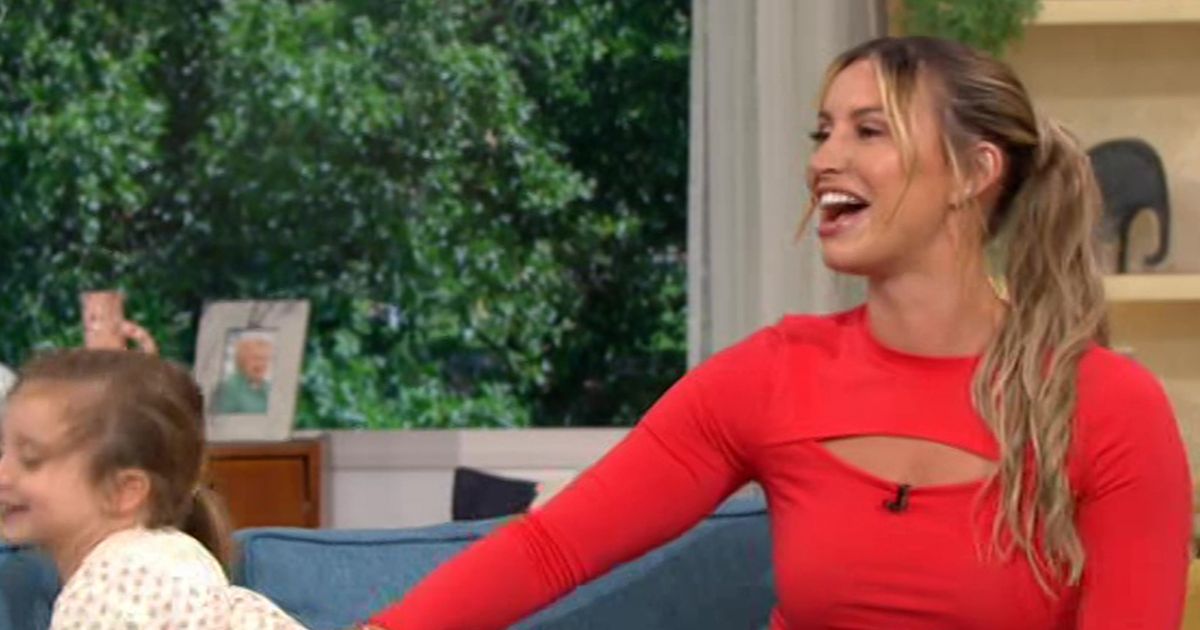 Single mum Ferne, 31, appeared on This Morning to speak about the new series of her ITVBe show First Time Mum – but it was her daughter Sunday who stole the show

Ferne McCann’s daughter Sunday caused chaos on This Morning as she jumped over the sofa and ran around the set, leaving viewers in hysterics.

The single mum, 31, appeared on the ITV daytime show to speak about the new series of her ITVBe show First Time Mum.

Yet Ferne struggled to get a word in as her mischievous daughter made sure to steal the show as she wandered around the studio.

“She can see herself on the monitor,” Ferne explained apologetically and added: “I’m so sorry!”

Ruth went on to recall her own experiences with son Jack, admitting that she often apologised for her behaviour and said that he “never behaved like this at home”.

“It is part of being a parent,” Ferne agreed. “I have always been a single parent. I feel like First Time Mum represents single parent families. I love it when single parents reach out and say ‘you’re representing us’.”

And viewers flocked to Twitter to comment, with one writing: “Ferne’s daughter Sunday is so cute #ThisMorning.”

Ferne and Sunday appeared on This Morning
(

While another commented: “Think ferne should have bribed her daughter before going on the tele. Be good and ill get you a present after..”

“Sunday so cute #thismorning,” another wrote.

One commented: “I do like @fernemccann as a parent. She is one of the few who puts boundaries in place for her child and shows it warts and all #ThisMorning.”

During the interview, Faye also said that she tried to implement “conscious parenting” with Sunday.

“It encourages you to sit with their tantrums and not suppress their feelings,” she explained.

Ferne split from Jack in May
(

She is happy staying single
(

It comes after Ferne recently said that she has been “muted” by ex Jack Padgett after their abrupt split.

The reality star and the 27-year-old model and businessman dived into a relationship during lockdown, moving in together, and spending months living in bliss at Ferne’s home.

But as lockdown lifted earlier this year, Jack’s busy work life returned to normal and the couple soon broke up as they found themselves passing like ships in the night.

Breaking her silence on the breakup, Ferne laughed off the suggestion that she has been posing for flawless photos and videos on social media in an effort to remind Jack of what he’s missing – as she thinks he’s actually blocked her.

Opening up to Fabulous magazine, Ferne said: “To be honest, I think Jack has muted my Stories and doesn’t watch them any more, so it’s a bit pointless, but I do think you do want to feel at your best after a break-up.”