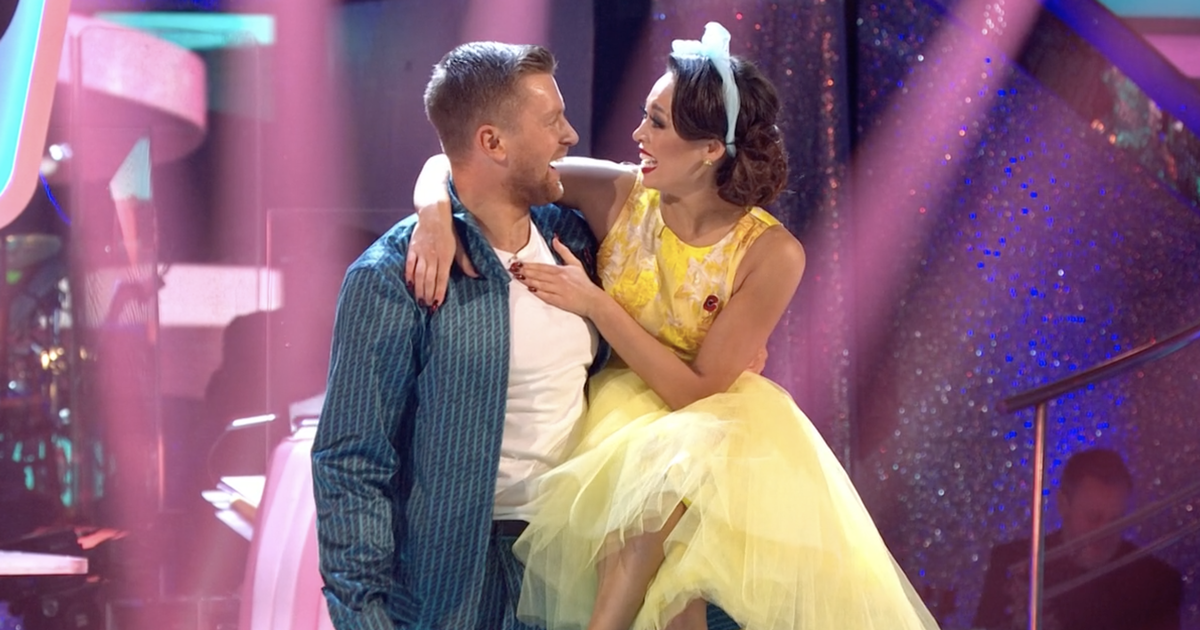 Strictly Come Dancing viewers are worried that it may be Adam Peaty and Katya Jones’ last week on the show after a “shaky” Jive.

The Olympic swimmer and his professional dancing partner danced a Jive to Little Bitty Pretty One by Frankie Lymon & The Teenagers, but fans were left feeling a bit disappointed by their dance, with one fan branding it as “sloppy”.

Adam and Katya were no doubt hoping to impress with their dance this week, after landing in the dance-off during last week’s show.

One wrote: “I think Adam and Katya are in trouble tonight #Strictly.”

“I think Adam and Katya might be next to go #strictly,” another added.

A third shared: “Can’t put my finger on it but I didn’t enjoy that from Adam and Katya. It felt a bit sloppy #Strictly.”

A second added: “Jive is a hard dance Adam. You did really well considering how hard the Jive could be. You’ve worked hard all week and Katya is the best teacher you could get. Well done Adam #Strictly.”

“The judges are so harsh on Adam and Katya, I thought they were great #Strictly#StrictlyComeDancing,” a third wrote.

Adam and Katya were no doubt particularly trying to impress this week as they found themselves in the bottom two last weekend, alongside Judi Love.

However, some fans praised Adam and Katya’s dance
(

And the Olympic swimmer admitted it was “so unexpected” to have landed in the bottom two, and it just proves that no one is “safe” from exiting the show.

“It’s unfortunate that we ended up in the dance off. I mean, I’m still carrying a bit of baggage from the weekend because it was tough to go to the dance off,” he said on Strictly: It Takes Two in the week.

“And when the red light comes on, you’re like, ‘oh no I’ve gotta go straight over to Tess and talk about it’. Because it was so unexpected because I thought, ‘you know what? 29 solid.'”

He added: “But it just shows you no one is safe in this show, and I’ve got to find my confidence again now in this Jive and go, ‘you know what, I do deserve to be here … I think.'”

Adam and Katya received 27 for their Jive
(

The duo’s passionate dances have been a hit with viewers, with some fans left convinced that they ‘almost kissed’ at one point after their routine.

The Olympic swimmer and his professional dance partner both insisted that they were only just “acting” and wanted to make the dance more believable.

“It’s about being believable as well. You don’t want to do a dance like that and not do it justice because you haven’t switched on right at the end,” Adam shared on BBC Radio 2 recently.

“So it’s being believable and that’s what some people get carried away with. But hey ho, that’s life.”

Strictly Come Dancing airs on BBC One on Saturdays and Sundays.