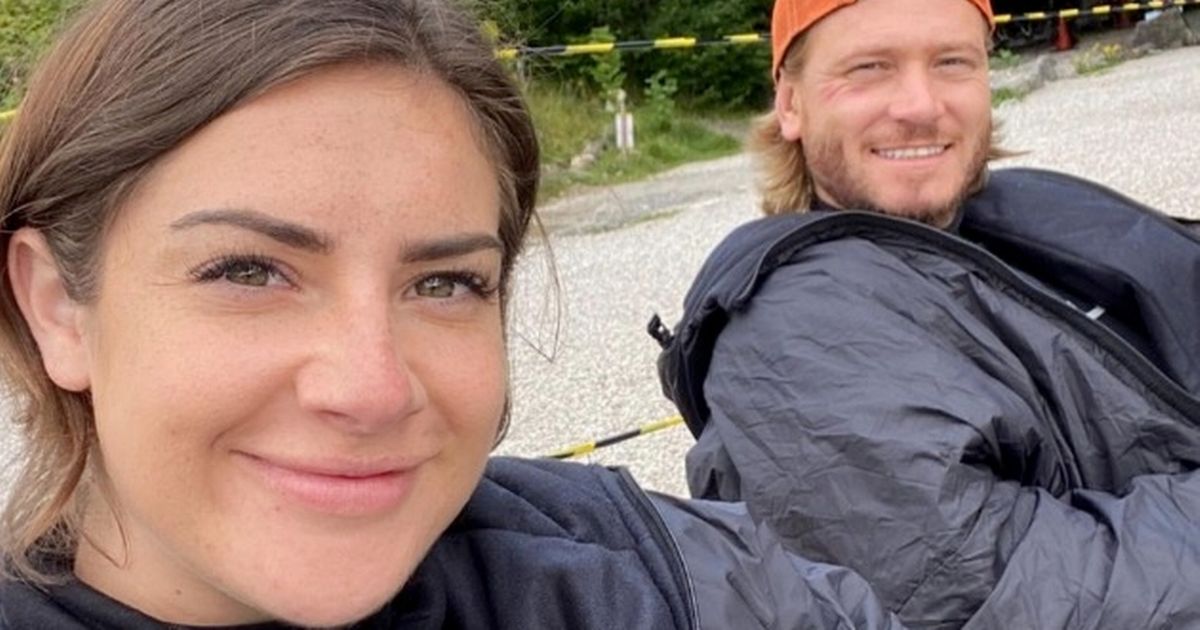 The on-screen couple have endured a furious argument in real life behind-the-scenes of the long running soap. ITV launched an investigation which found the pair are ‘professionals’.

Drama on Emmerdale erupted after an explosive argument between Matthew Wolfenden and Isabel Hodgins ignited behind-the-scenes.

The 41-year-old actor and the 27-year-old actress reportedly clashed furiously while filming alongside Aaron Anthony, 30, for scenes that aired on the show during last month’s Super Soap Week.

Tensions are said to have flared while filming a dramatic stunt involving a waterfall which aired during a blockbuster episode which was on October 19.

Matthew and Isabel play on-screen couple David Metcalfe and Victoria Sugden, but reportedly there was no love lost between the pair behind-the-scenes.

According to The Sun on Sunday, the pair clashed – with a source stating: “It was very heated”.

While it is also claimed that a probe was launched behind-the-scenes of the long-running ITV soap to determine how and why the argument erupted.

A source claimed: “It left a lot of those present at the filming feeling uncomfortable.

“It was a very heated situation. Tempers were running very high. It was tense and bosses got to hear about what had gone on very quickly.”

Aaron Anthony was said to witness the argument
(

The argument is said to have taken place at Tees Barrage water park in Stockton-on-Tees during filming last week.

And while the full extent of the argument is unclear, the case is supposedly closed – with he source claiming: “They investigated the matter fully and are now satisfied that no further action is necessary. The actors are really professional.”

No disciplinary action or suspensions are believed to have taken place – and the pair reportedly returned to set last week.

An Emmerdale spokeswoman has said: “While we would never comment on individual cases, Emmerdale has robust policies in place to deal with any allegations brought to our attention and take the appropriate steps. Neither actor has been suspended from Emmerdale.”

Nonetheless, The Sun also claims that the pair were written out of episodes while they were kept away from set as the investigation was pending.

The decision to remove them from the show is said to have baffled cast-mates who were surprised to see David and Victoria involved in a dramatic plotline, only to suddenly ‘disappear to Portugal’ on a trip.

Matthew joined Emmerdale in 2006 and quickly became a fan favourite thanks to his good looks and dramatic storylines.

Isabelle joined during the same year – joining the cast as a pre-teen.

The pair have been involved in a dramatic storyline in recent weeks as Matthew’s character became entangled in a love triangle alongside Isabel’s Victoria and Paige Sandhu’s villainous Meena Jutla.