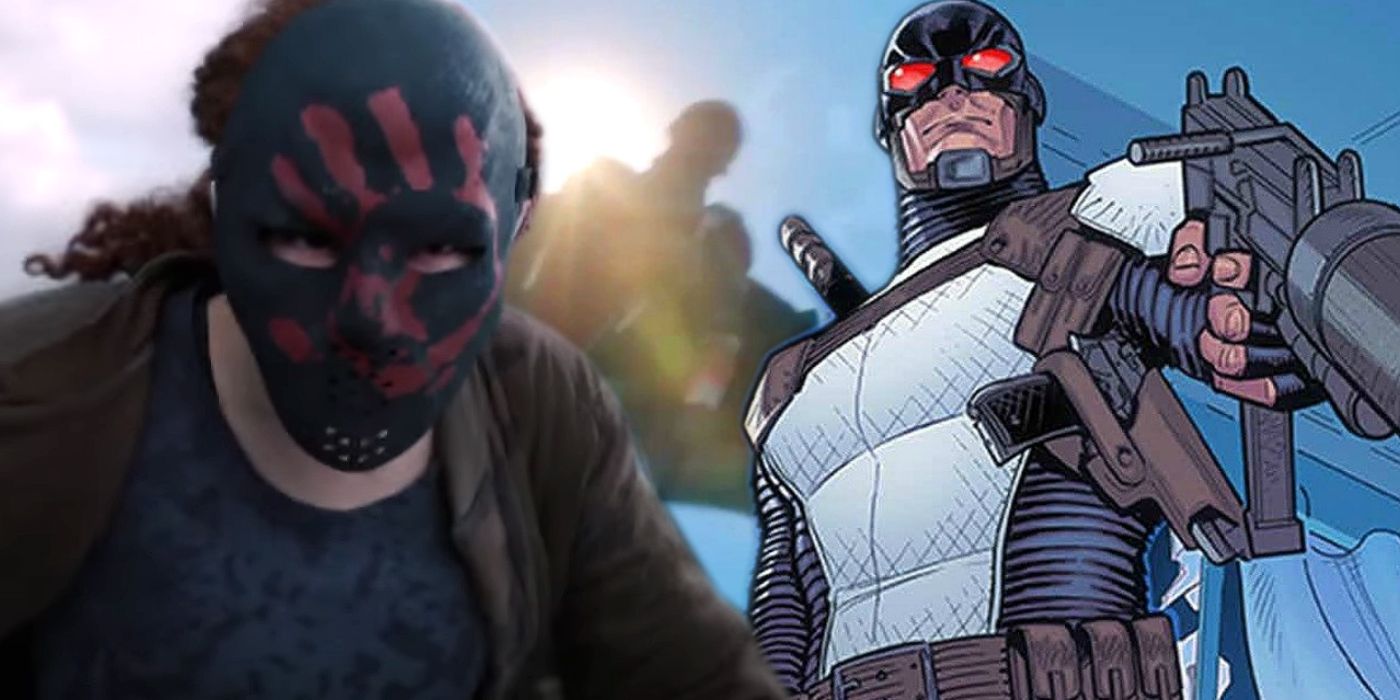 A logo associated with The Falcon and the Winter Soldier reveals the existence of a group that’s being called “Flag Smashers”. It seems likely that the “Flag Smashers” are the MCU’s interpretation of ULTIMATUM. These characters are the men and women in masks marked with red handprints in The Falcon and the Winter Soldier trailer. The trailer showed them attacking a transport, but it didn’t explain why. What their intentions are in this particular scene are hard to determine without knowing the contents of the vehicle, but there’s a high probability that their motivations are linked to their name and comic book connections. Flag-Smasher despised nationalism and wanted to replace it with anarchy, so these characters should be expected to launch attacks on anything that may destabilize the country. They may also try to sow chaos by setting off major international and diplomatic incidents.

If Flag-Smasher is an opponent of nationalism, among his most obvious targets would be the MCU’s John Walker aka U.S. Agent (Wyatt Russell). Steve Rogers (Chris Evans) may have picked Sam Wilson to be his replacement, but it’s Walker who the government has chosen to take the Captain America mantle. Walker having this title would predictably put him in the crosshairs of Flag-Smasher. Killing a person who acts as a symbol of patriotism would certainly help Flag-Smasher’s cause. Plus, it would be a great, symbolic victory for him and his followers.

Since Marvel is already taking a page from Captain America comics by giving the hero’s shield to U.S. Agent and not Falcon, it wouldn’t be too surprising if Marvel takes another cue from the comic books when adapting Flag-Smasher’s plan. Similar to what happened in the 1980s, a big twist could reveal that Flag-Smasher and his minions are being manipulated by someone else. In the comics, the person pulling the strings was Red Skull, but in the MCU, it may actually be Baron Zemo. It’s true that Zemo isn’t being painted as the bad guy in The Falcon & The Winter Soldier, but this could always be a misdirect designed to make Flag-Smasher look like the real threat.