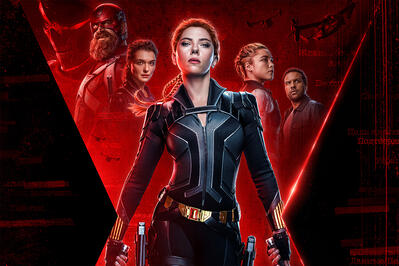 The COVID-19 pandemic may have delayed the Marvel release schedule, but it has not slowed down the super studio. WandaVision is coming to Disney+ at the top of 2021, with Scarlett Johansson’s Black Widow, the character’s long-awaited solo film, coming to theaters on May 7, 2021, a whole year after it was first set to debut. Black Widow will be the first Marvel theatrical film to hit theaters since the start of the pandemic.

The content only snowballs from there with The Falcon and the Winter Soldier and Loki also coming in the first half of 2021. Marvel has films and series rolling out steadily into 2023. Below you’ll find an updated list of every Marvel movie and TV show scheduled to be released through then, including a date for the Captain Marvel sequel, and a new date for the third Spider-Man film, which is being co-financed by Disney. We’ve also released the names of confirmed projects in the pipeline that are still awaiting official release dates in the TBD section at the bottom of this article.

Everything to Know About Marvel’s Disney+ Shows

Starring Elizabeth Olsen, Paul Bettany, Kat Dennings, Randall Park, Kathryn Hahn, and Teyonah Parris, this series takes place after the events of Avengers: Infinity War and Avengers: Endgame — which is notable because Vision died in Infinity War and was not resurrected at the end of Endgame. Parris, meanwhile, will play a grown-up version of Monica Rambeau, a character introduced in Captain Marvel. Dennings and Park will star as their characters from Thor and Ant-Man and the Wasp, respectively. Look for WandaVision on Friday, Jan. 15 on Disney+.

Originally pushed to November, Black Widow is now taking over Shang-Chi and the Legend of the Ten Rings‘ spring slot. Starring Scarlett Johansson, David Harbour, Florence Pugh, O-T Fagbenle, and Rachel Weisz and directed by Cate Shortland, the film is set in Budapest just after the events of Captain America: Civil War and features the Taskmaster as its villain.

Tom Hiddleston stars. Loki also died in the final Avengers films, though an earlier version of Loki did appear in the time-travel portion of Endgame, in which he used the Tesseract (aka the Space Stone) to escape capture in 2012. That’s where this series will take place. “The question I get asked more than any other question in Endgame was, where did Loki go, and what happened to Loki?” Feige said at San Diego Comic-Con in 2019. “This series will answer where he went.”

Find out more about Loki here

Originally set for Feb. 21, 2021, the film is now premiering in July. The movie stars Simu Liu, Awkwafina, and Tony Leung and is directed by Destin Daniel Cretton (Short Term 12). Fun fact: Leung will play the Mandarin, who appeared as part of a meta-twist in Iron Man 3 when Sir Ben Kingsley starred as an actor playing the Mandarin.

Find out more about Hawkeye here

The first Islamic female superhero will arrive with her own series on Disney+ in Summer of 2021. The series stars newcomer Iman Vellani as Kamala Khan, a Pakastani-American girl who discovers she has super powers beyond what she’s ever known. Vellani will also reprise the role alongside Brie Larson’s Carol Danvers in Captain Marvel 2.

The upcoming third Spider-Man film starring Tom Holland (Disney is co-financing the project, so we’re gonna go ahead and count it here) was pushed back to December after initially pushing it from July to November.

March 25, 2022: Doctor Strange in the Multiverse of Madness

Originally scheduled for May 7, 2021 and then Nov. 5, 2021, the Doctor Strange sequel has been pushed once more, all the way to March 2022. The film stars Benedict Cumberbatch and Elizabeth Olsen. Spider-Man director Sam Raimi is stepping in to direct after Scott Derrickson exited the film earlier this year (he remains an executive producer). The expectation is that WandaVision and the third Spider-Man film will both tie into the Doctor Strange sequel.

Originally scheduled for Nov. 2021, the film is now debuting in May 2022. Starring Chris Hemsworth, Tessa Thompson, and Natalie Portman. Written and directed by Taika Waititi. Fun fact: This marks Portman’s first Thor film since Thor: The Dark World. (Her character, Jane Foster, briefly appeared in Avengers: Endgame in archival footage; Portman did provide the film with a fresh voice-over.) Portman will play female Thor in the new film, a twist pulled from a recent run of Thor comic books. Also of note: The sexuality of Thompson’s Valkyrie will factor into the story, making her the first major LGBTQ character in the Marvel Cinematic Universe. Christian Bale has been added as the film’s villain.

The eponymous role of Black Panther will not be recast in the wake Chadwick Boseman’s death in August 2020. The film is being rewritten by Ryan Coogler, who co-wrote and directed the first movie.

James Gunn will write and direct this holiday special that’s being filmed on the set of Guardians of the Galaxy Vol. 3. It will premiere the December after next, before Vol. 3 hits theaters.

Tatiana Maslany will star as Jennifer Walters, aka She-Hulk, a lawyer who specializes in superhuman-oriented legal cases. She is the cousin of Bruce Banner (Mark Ruffalo), who will also appear in the series. Tim Roth will also reprise his MCU role of the Abomination, the villain of the series.

Find out more about She-Hulk here

Mohammed Diab will direct the new series about a vigilante with dissociative identity disorder. The multiple personalities are distinct characters who appear against a backdrop of Egyptian iconography. Oscar Isaac is reportedly in talks for the lead role, but it has not been confirmed.

The new series stars Samuel L. Jackson and Ben Mendelsohn as Nick Fury and Talos respectively. The “comic event series” will showcase shapeshifting Skrulls like Talos who have been infiltrating Earth for years.

Ironheart, another newly announced series coming to Disney+, stars Dominique Thorne as Riri Williams, a genius inventor who creates the most advanced suit of armor since Iron Man.

Everyone’s favorite alien baby tree will have his own series of shorts on Disney+ in the future.

Ant-Man and the Wasp: Quantumania

Kevin Feige confirmed during Disney’s December 2020 Investor Day that Marvel has started development on a Fantastic Four film, officially bringing Marvel’s “first family” into the MCU fold. More details will be announced at a later time.

First announced at Comic-Con 2019, Blade is a theatrical film reboot starring Mahershala Ali about the half-mortal hero out to rid the world of vampires in his quest to avenge his mother’s death.