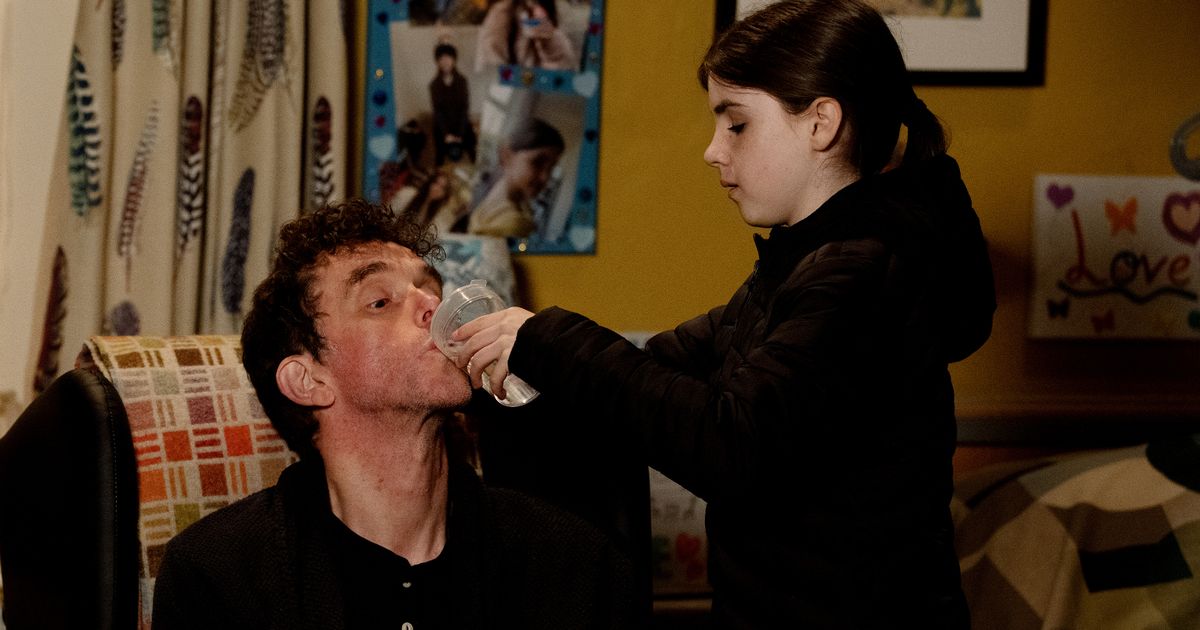 Emmerdale: Marlon falls to the floor after suffering from a stroke

Marlon Dingle will finally return home on Emmerdale – but it won’t be smooth sailing as daughter April struggles to adjust.

Since then, it has been a long uphill battle for Marlon as he struggles with the new challenges he faces, including his difficulty in forming simple words.

Next week, Marlon gears up to finally return home and an excited April prepares decorations to welcome him back.

At the hospital, Marlon prepares to leave and thanks Gail for helping him before heading back home for an emotional reunion with his daughter.

But as he settles in, everyone finds it chaotic as they attempt to find a way of going forward that works for everyone.

April is happy to spend time with her dad, but when she helps him drink a glass of water, she is horrified when he begins choking.

Terrified he might be having another stroke, April frantically calls for Rhona.

Later, the pair are distraught and April decides to spend time at a friend’s house instead of being at home as Marlon despairs at the stress his condition is placing on his family.

Marlon is determined to return to hospital and Rhona is forced to play mediator between him and his daughter.

Keen to make the situation right, April has an emotional conversation with Marlon – but will she be able to convince him to stay with them at home?

Marlon and Rhona get used to life after his stroke

As the family start to navigate their new future, Marlon continues to struggle to communicate.

But could Bear have the answer?

At the end of the week, Rhona returns to work at the vets by helping Dawn with an injured dog.

However, Marlon is worried about finances after Charity tells him that he will have to go onto statutory pay, leading Rhona to suggest she raise some more money by going back part time.

*Emmerdale airs weekdays at 7.30pm on ITV, with an hour-long episode on Thursdays