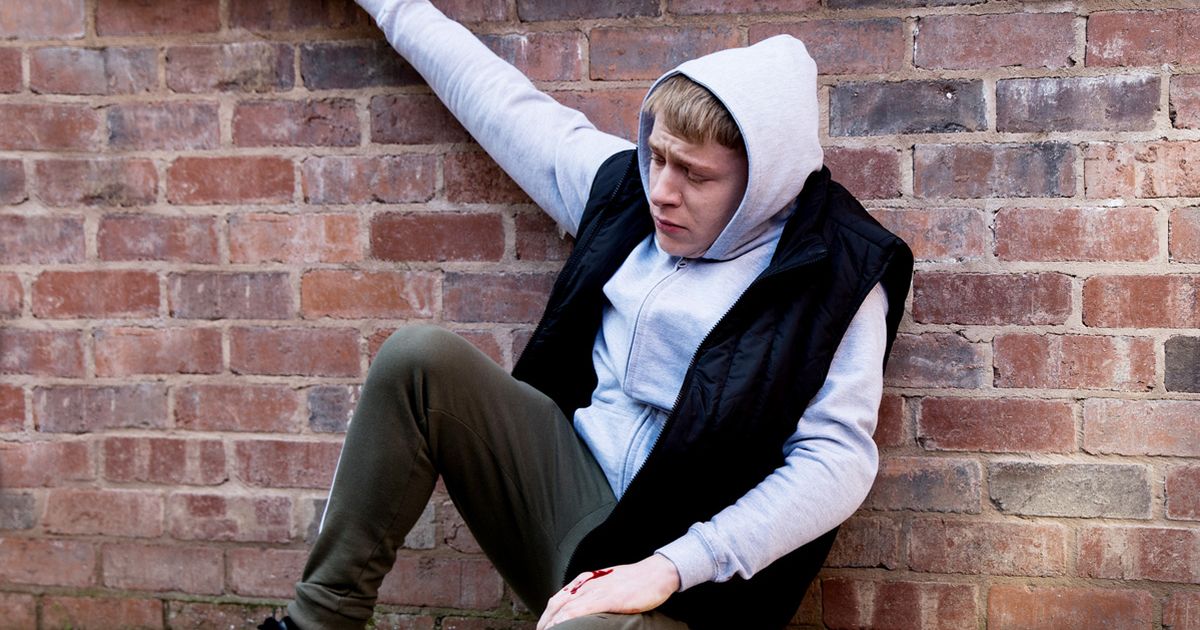 Coronation Street’s Max Turner has a blazing row with dad David Platt on the soap next week, after which Max puts himself in terrifying danger on the ITV soap

Coronation Street: Max confesses to David that he spiked Amy in February

Coronation Street’s troubled teen Max Turner becomes involved in the love triangle between Daisy Midgeley, Nicky Wheatley and Daniel Osbourne next week – and it could have devastating consequences.

After starting a new life on the cobbles, Nicky’s world comes crashing down after Mrs Crawshaw calls her into her office at the school and asks her about her past.

An uncomfortable Nicky admits she used to be a sex worker and to her horror realises that images of her past life are being shared all around the school.

Daniel is furious when he hears what happened, assuming Daisy has let her jealousy get the better of her and is responsible for Nicky’s past life being exposed, putting her career in jeopardy.

ITV spoilers have now revealed that troubled teen Max Turner will become involved in the drama and Daniel demands he takes responsibility.

The story kicks off from Monday, April 25, when Daniel apologises to an unforgiving Daisy and reveals that it was Max who maliciously shared Nicky’s images with the rest of the school.

With no job and nowhere to live, Nicky’s future looks bleak, leaving Daniel offering up his place out of a sense of guilt.

Meanwhile Jenny advises Daisy not to be stubborn and bury her paranoia and pride over their friendship – before Nicky gets her claws in.

When a reporter comes knocking at the flat, Nicky decides to give her a quote, but she is then horrified when the story about her goes online.

Max has a huge fall out with David, who has confiscated his phone

In the street, Daniel rails at Max for ruining Nicky’s life, only for dad David Platt to leap to Max’s defence.

But Daniel’s had enough and suggests it’s time Amy knew who spiked her drink – saying that if Max doesn’t tell her, he will.

The drama continues on Wednesday, April 27, when a defiant Max assures David and Shona that Daniel’s bluffing, as he’s got too much to lose.

But when Amy misreads one lad’s admiring glances, she throws a cup of coffee over him and has a meltdown, believing he could have been the one to spike her drink.

Daniel tells David about Amy’s behaviour and tells him she needs to know the truth. Will Max come clean?

Will Max be found in time or could the break-in have fatal consequences?

The storyline reaches its terrifying conclusion on Friday, April 29, when Max has a huge fall out with David, who has confiscated his phone.

Feeling guilty about Amy, he tells David he hates him – only for David to retaliate by saying Max’s mum would be ashamed of him if she were alive.

Planning to run away, Max smashes the glass on the barber’s door and climbs in, hoping to retrieve his phone.

But as Max climbs out of the barber’s, he lacerates his leg on the broken glass in the door and collapses onto the street. Will Max be found in time or could the break-in have fatal consequences?