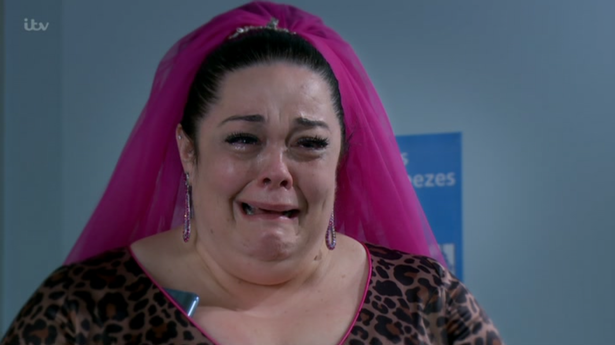 Emmerdale’s Mandy Dingle was left in shock in Friday’s episode as she finally learnt the truth about Paul Ashdale’s abuse of their son Vinny Dingle.

Liv told Mandy that Paul was gambling again and faked his kidnapping for sympathy, and about the horror beatings he was subjecting Vinny to.

Liv replied: “Paul beat Vinny and put him in hospital – why do you think he wanted to move in so quick?”

“No, Vinny got jumped by Connor’s thugs,” said a horrified Mandy.

“What a brilliant week this has been, every episode has been outstanding. #[email protected]@Brad_J_J “.

Another comented: “Vinny tried to deny it but Mandy realized Liv & Aaron were telling the truth about Paul #Emmerdale “.

* Emmerdale airs weeknights at 7pm on ITV, with an extra episode at 8pm on Thursdays