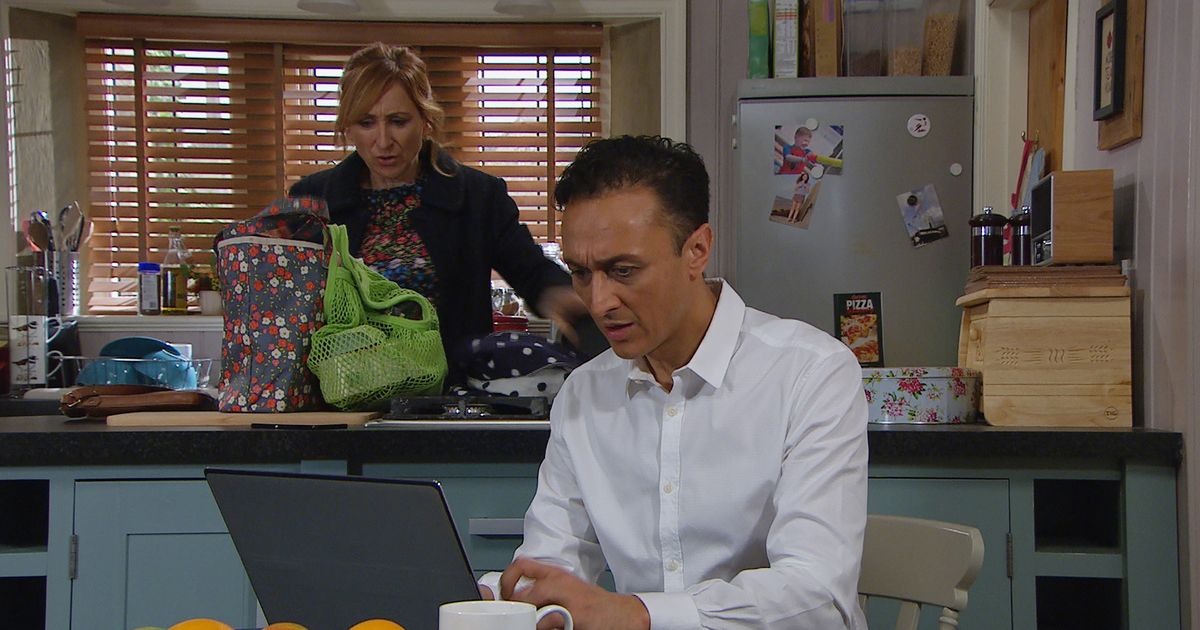 Things get worse for Emmerdale’s Jai Sharma and Laurel Thomas next week, and there are fears the pair could turn to their old vices as their relationship hits the rocks

Things get worse for Emmerdale’s Jai Sharma and Laurel Thomas next week, and there are fears the pair could turn to their old vices as their relationship hits the rocks

Jai Sharma and Laurel Thomas could be heading for drug and drink relapses as their relationship worsens on Emmerdale.

In scenes airing next week, the couple – played by Chris Bisson and Charlotte Bellamy – struggle to cope as their world comes crashing down around them. Jai’s financial troubles continue to deteriorate.

Jai has been struggling with money ever since The Hop – which he owns in partnership with Kim Tate (Claire King) – was fined £100,000 for health and safety breaches after the devastating rope bridge collapse.

In a desperate attempt to foot his half of the bill, Jai tries to take out a personal loan in Laurel’s name.

Jai’s financial woes are getting worse

However, when Laurel finds out about all this, she is rightly fuming – as Jai’s now risked everything. Kim owns Mulberry cottage and the pair are keen to buy it off her – but without the funds, Laurel suggests they take out a mortgage on the property.

Knowing it won’t go through because of the loan he just took out, Jai tries to stall her but she insists she wants to go through with it and goes ahead with her idea – shocked when she is told by the bank she has a low credit score due to the other loan.

Laurel is devastated by what Jai has done

Unaware of what Jai has done, she goes to call the police to report the fraud but he interrupts her and confirms it was him who took out the loan, leaving Laurel speechless as she can’t believe what he’s done.

She tells him to fix his life, as she admits she can’t forgive him for what he has decided to do.

Both characters have struggled with addiction in the past – Jai with drugs and Laurel with alcohol – and now there are fears the pair might relapse as their relationship seemingly worsens.

The pair have been struggling as of late

Speaking to The Mirror and other press, actress Charlotte said: “Once you’re an addict you’re always an addict. Anything like this can rock them, but we’ll have to see how each of them manages. That’s always the devil on their shoulder, isn’t it?”

Chris added: “It doesn’t go away just because you’ve stopped taking the drugs or drinking the drink. The temptation is always there. It’s at these points of pressure where people are likely to crack and certainly Jai will come close.”

Emmerdale spoiler: Dawn forced to ‘fight for her life’ as Meena threatens to ruin wedding