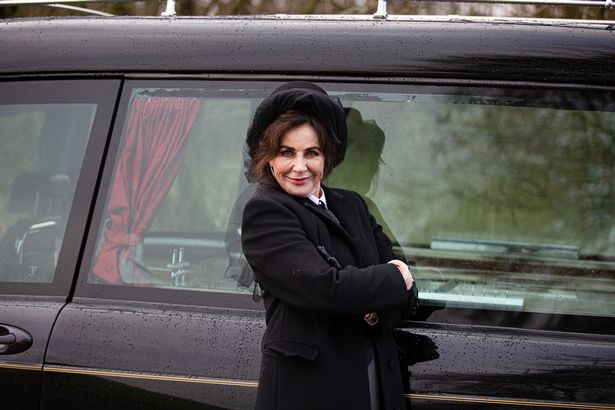 Legendary Emmerdale character Faith Dingle is set to return to the Dales, 15 months after being exiled by her own family.

Actress Sally Dexter, who plays Cain’s fiery mum, will be reprising her role on screen next month.

This comes after Faith left the Dales after covering up the existence of son Cain’s secret love child, Nate Robinson.

Cain refused to forgive Faith, leading her to leave the Dales as Nate’s secret affair with Moira, which was in a bid to get back at his absent father, was exposed.

Faith later turns up in the village and probes Moira on whether she thinks that Cain will ever forgive her.

Will the Dingle clan stay fractured? Or will they be able to come together once again?

Opening up about her return, Sally said: “It’s wonderful to be back in Emmerdale again. From the first day I felt like I was getting a big warm family hug from everyone, it’s a really special show!”

Emmerdale Producer Sophie Roper added: “I’m delighted to see the return of much-loved character Faith Dingle to the village. A character bursting with fun, Faith’s certainly set to ruffle a few feathers and will test the Dingle’s loyalties like never before.