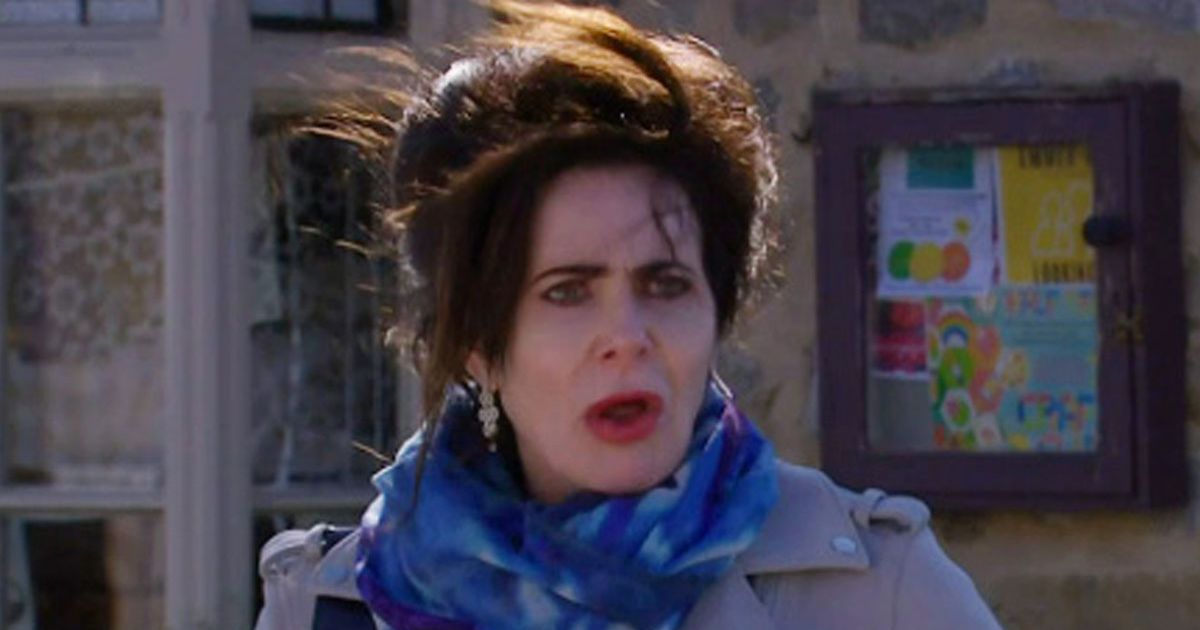 It’s already been confirmed that Faith Dingle is keeping a big secret, and on Monday’s episode she was seen downing shots in the pub after seemingly receiving some bad news

Emmerdale: Faith clashes with son Cain in The Woolpack

Emmerdale’s Faith Dingle appeared to confirm that her big secret is something rather serious in Monday night’s episode of the ITV soap.

Emmerdale bosses recently confirmed Faith (Sally Dexter) was keeping a secret, and that it would be exposed on the ITV soap during the flashforward week.

Whatever it is, Emmerdale producer Laura Shaw teased it would heavily impact her children Chas and Cain (Jeff Hordley) in future scenes.

During Monday’s episode, Cain accused Faith of knocking back the booze as he bumped into her in the morning.

“On the sauce again last night?” he asked her as she replied: “I was not!”

As Cain commented on her wild hairdo, Faith confirmed: “Of course it’s not a fella, there’s nothing going on.”

He then asked her if she could babysit his kids later, but remaining coy, she replied: “Ohhhh son you know I’d love to have them and if it was any other day…”

However, she didn’t actually say why she couldn’t look after them and later on in the episode she was seen downing a shot in the pub as she admitted she’s had “a bit of a day”.

As Cain and Moira entered the pub, she said of her mother-in-law’s actions: “Now that looks like a very good idea!”

Looking disgusted, Cain commented: “Too busy doing shots to look after your own grandkids…”

“I am not doing shots, I just need something to give me a bit of a lift, if you must know…” Faith replied, implying that she may have just received some bad or shocking news.

As Cain made it clear that Faith wasn’t welcome to join him and Moira at their table in the pub, he said: “That’s my mother unfortunately…”

His comments come after viewers claimed they had “solved” Faith’s big secret and reckon she could be Al Chapman’s biological mother.

Emmerdale bosses have already teased something big happens with lives on the line, and that the two men might see their relationship change in the aftermath.

Now, viewers are questioning if the two storylines are linked, and maybe a bombshell secret will be exposed.

Last week, fans took to social media after recalling Al’s backstory, and questioned whether Al was secretly the son of Faith, and a sibling to Cain and Chas.