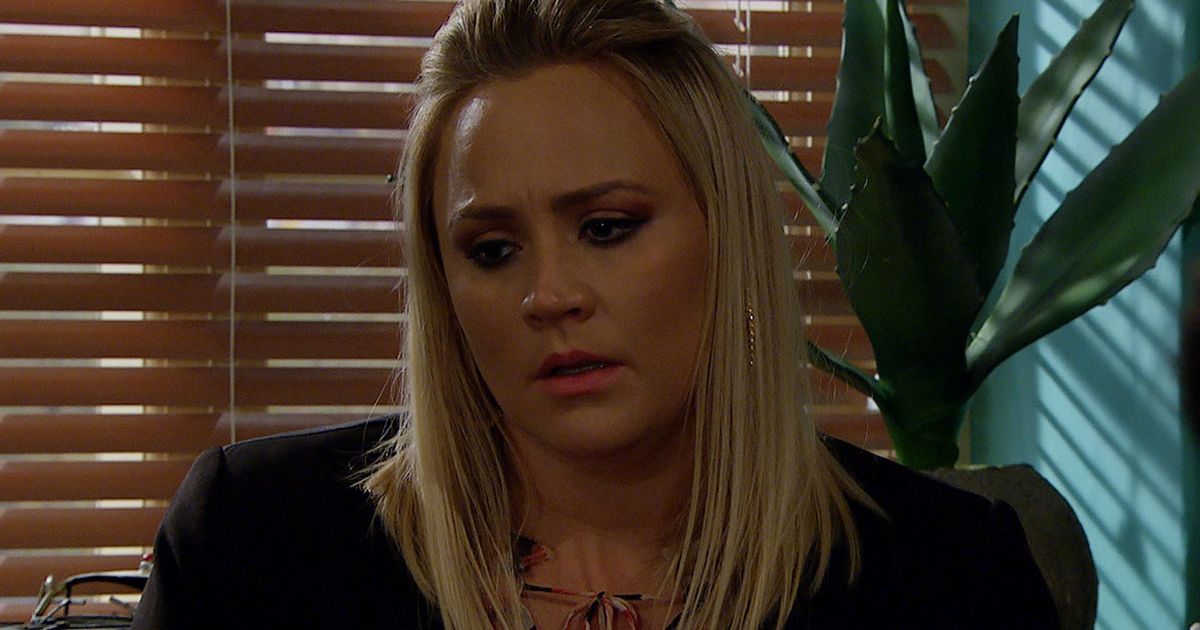 Emmerdale fans were left fearing Tracy Metcalfe actress Amy Walsh had left the ITV soap for good, while she teased her show future on Instagram

Emmerdale’s Tracy Metcalfe actress Amy Walsh has revealed all on her ITV soap future it seems, while confessing to crying “real tears” in the lead-up to her final scenes.

The character bowed out of the show and left the village on Friday night, while Amy is currently on maternity leave.

It was believed the character was taking a temporary break from the show, but Emmerdale has since hinted it is a permanent exit on their Twitter after the episode.

Sharing a montage of her biggest moments in the village, the soap said a big farewell to the character and Amy who plays her.

This led to fans sharing their upset, worrying Amy would not reprise the role after her maternity leave ends.

One fan wrote on Twitter: “Aww no way. One of my absolute favourites thought she’d come back. All the best Amy !!!”

Another said: “Can’t believe she’s actually leaving will miss her.”

A third wrote: “Yeah probably. The way they’ve worded it points to her been gone for good,” in response to another fan asking: “Is she gone for good?”

Amy appears to have cleared up any confusion, hinting she will be back
(

Sharing two posts on her Instagram Story, Amy opened up on the “real tears” ahead of her last scene
(

But Amy appears to have cleared up any confusion, hinting she will be back as Tracy in the future after all.

Sharing two posts on her Instagram Story, Amy opened up on the “real tears” ahead of her last scene, as she suggested the exit was “for now”.

Sharing a snap of her final scene as well as a message from someone talking about her exit, she said: “Awwwwww! Bye for now Trace,” with a broken heart emoji.

She then posted another snap of the scene, adding: “Actual real tears in the line run saying goodbye to @missmichellehardwick when I’d only just got her back.

So it would appear as it stands, Tracy will make a return to the Dales in the future with fans accusing Emmerdale’s Twitter of being “dramatic”.

Tracy’s final scenes aired on Friday night, after she dropped some big news earlier in the week.

She confirmed to her loved ones that she had been offered an incredible job opportunity in Nottingham, and that she planned to take it.

It would mean her leaving the village with her daughter Frankie, much to the upset of her ex Nate Robinson and her sister Vanessa Woodfield.

Both characters initially had it out with her over her planned departure, before coming around to the idea and giving her their approval.