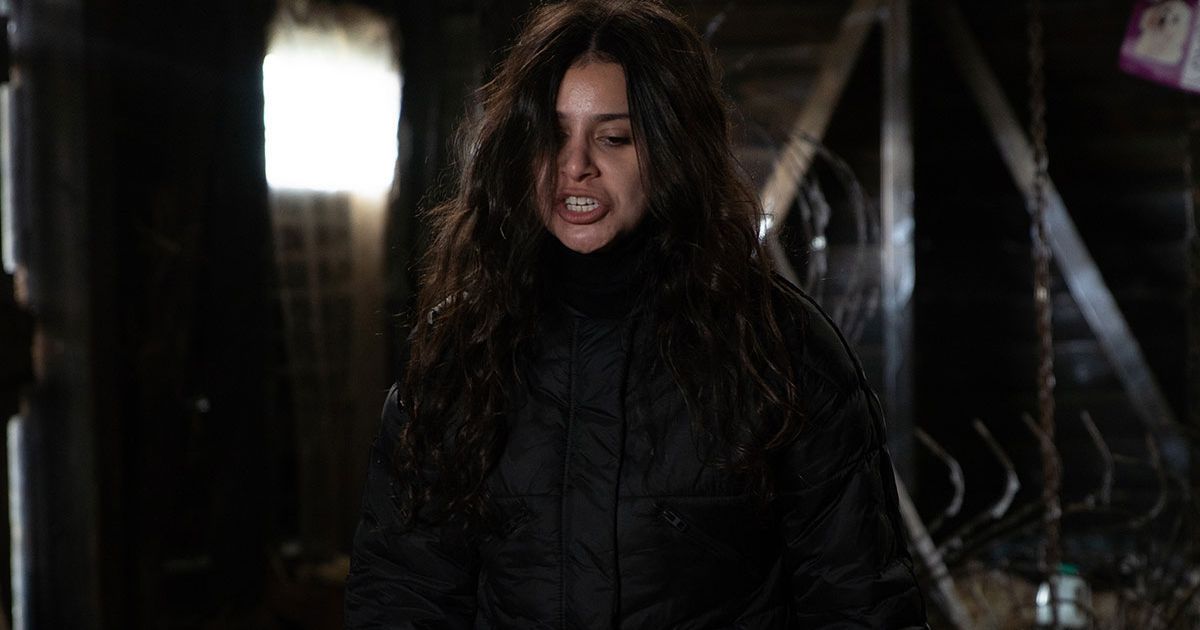 Emmerdale’s Vinny Dingle learned his word was not enough to prove Meena Jutla was a killer, despite other characters being arrested based on ‘hearsay’

Emmerdale viewers were left calling out the ITV soap yet again on Friday, over an apparent blunder during the police investigation into recent events.

Meena Jutla was finally exposed as a serial killer, and the true murderer of Andrea Tate, Ben Tucker and Leanna Cavanagh.

She also tried to kill Vinny Dingle and Manpreet Sharma, tying them up in a barn before filling it with exhaust fumes and leaving them to die.

Liam Cavanagh managed to stop her and save the pair, but he was soon horrified when Manpreet and Vinny told him what she had done, and that Meena had killed his daughter.

Emmerdale viewers were left calling out the ITV soap yet again on Friday, over an apparent blunder

Manpreet admitted to Liam she had gotten a confession out of her sister, while she had already told Vinny the truth earlier on – before Meena alluded to her crimes to him too.

But unfortunately, none of this was enough according to the detective leading the investigation into the deaths, and the kidnap of Vinny and Manpreet.

As Vinny recovered, he was desperate to tell the police everything – as teams of officers investigated around the village.

Knowing his girlfriend was locked up for killing Ben, which Meena was to blame for, he hoped his statement would get her out of prison.

But he was horrified when the detective told him his words were not enough, because Meena did not actually confess to him.

With Manpreet remaining in a coma after being hit by a car, she was unable to back up Vinny’s version of events.

The officer said that unless Manpreet woke up and confirmed Meena’s exact confession, they did not have the evidence to free Liv, or the proof that Meena had killed Ben.

Vinny was furious after his own ordeal and knowing that Liv was in turmoil, and innocent of the crime she was jailed for.

But viewers were also fuming, slamming the detective’s claims that there was no evidence to pin the crime on Meena and release Liv.

They recalled how Meena’s comments about Kim Tate got Kim arrested for Andrea’s murder last year, while Liv was also arrested and even charged despite there being no real evidence or confession.

So the fact Vinny was told there wasn’t enough evidence to release Liv or to back up his claims of Meena being the killer, left many fans hitting out at the soap.

The detective told him his words were not enough, because Meena did not actually confess to him
(

One viewer tweeted: “Are the police being serious? Meena has just held Vinny and Manpreet hostage and the police still don’t think she killed Ben! The police in that place really are useless.”

Another said: “God the police are going to think Vinny is making this up about Meena killing Ben.”

A third added: “How much evidence do the thick police in Emmerdale need? It’s there if they do their job properly.”

Meanwhile, a fourth viewer tweeted: “These police arrested Kim for Andrea’s murder solely on Meena’s hearsay, and now they need hard evidence to go after Meena.”