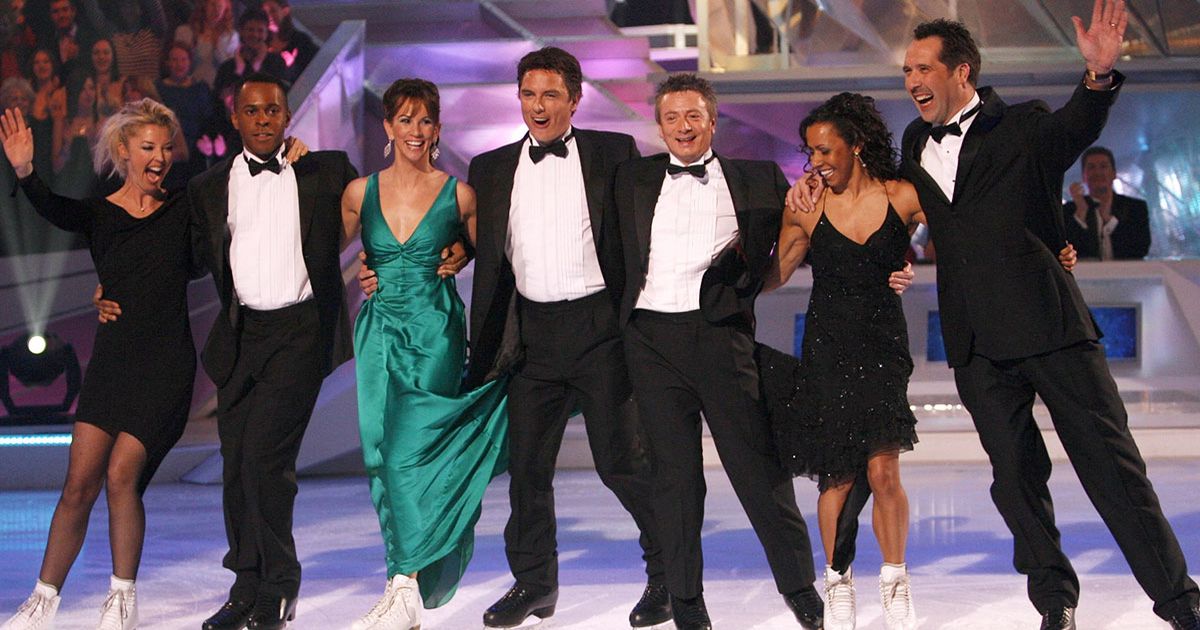 Dancing on Ice: Gaynor Faye skates on show in 2006

It’s hard to believe it’s been 16 years since Dancing On Ice made its debut on ITV.

The heady mix of Olympic skaters Jayne Torvill and Christopher Dean, presenters Holly Willoughby and Philip Scofield and a panel of pantomime judges proved a big hit for the broadcaster.

Year after year gaggles of wide-eyed celebs took to the ice willingly clad in skin-tight lycra and tan tights.

After a bit of a wobble last series in which several of the stars had to hang up their skates due to Covid, the show is back on the weekend for a new season.

As fans ready to find out how newbies including Love Island’s Liberty Poole will fare – we take a look at happened to the class of 2006.

Gaynor was in Emmerdale until 2019

The daughter of screenwriter Kay Mellor, Gaynor, is best known for her stint in Emmerdale in which she played feisty Megan Macey from 2012 and 2019.

The mum-of-two, 50, was a big hit on the cobbles however she quit her role to fulfil her mum’s wish of being in her play, Band of Gold.

Gaynor starred in the touring production of the show alongside EastEnders’ Laurie Brett.

Doctor Who actor John was booted off the show in week four with his partner Olga Sharutenko.

However, with his dance background and megawatt smile he returned to the show as a judge in 2019.

Things were going swimmingly for the American until allegations about him exposing himself on the set of Doctor Who surfaced.

Following the allegations ITV released John of his judging duties.

Regarding the allegations he said: “There were a couple of times during filming where I’d resort to tomfoolery, but none of this was ever intended nor interpreted as being sexual in nature.

“With the benefit of hindsight, I understand that upset may have been caused by my exuberant behaviour and I have apologised for this previously.

“Since my apology in November 2008, my understanding and behaviour have also changed.”

Tamara was booted off first

Tamara with her husband Georgio Veroni

Former wild child Tamara Beckwith barely had time to lace her skates before she was eliminated first with her partner Sergey Malashev.

However her experience didn’t put her off reality TV as she braved skiiing show The Jump in 2016.

The last of the IT Girls was engaged to Sharon Stone’s brother, Michael, before marrying construction heir Giorgio Veroni in Venice in August 2007

The couple went onto have a daughter Vivi – real name Violet, 12, – and son, Vero, six.

Tamara also has grown-up daughter Anouska, 33, who made the socialite a grandmother at the age of 48.

Scottish journalist Andrea was the third celeb to leave Dancing on Ice in 2006.

Andrea married Our House presenter Steve Toms in 2009 after giving birth to their daughter in 2006.

The presenter then went onto marry businessman Nick Feeney in 2017.

Andrea is now focused on her role as the co- founder of This Girl Is On Fire, which is described as an online space focused on supporting women in the realms of mind, body and business.

Sean has become a cheese expert

Coronation Street star Sean Wilson made it half way through the competition after being voted off in week 5.

Best known for playing Gail’s long-suffering husband Martin Platt on the ITV soap, Sean has since distanced himself from showbiz.

Sean played Martin for two decades on Corrie before leaving to pursue cheesemaking.

He set up the Saddleworth Cheese Company in 2009 and was recently papped at the Manchester Christmas Market selling his wares to the public.

Like Tamara, former CBBC star Andi Peters didn’t get the chance to make a huge impression on the ice after being booted off second.

However he carved out a very successful as a television presenter.

He also starred on Ant & Dec’s Saturday Night Takeaway and won praise from This Morning viewers who were calling for him to have a permanent presenting role on the show.

Dancing On Ice returns to ITV on Sunday at 6.30pm.