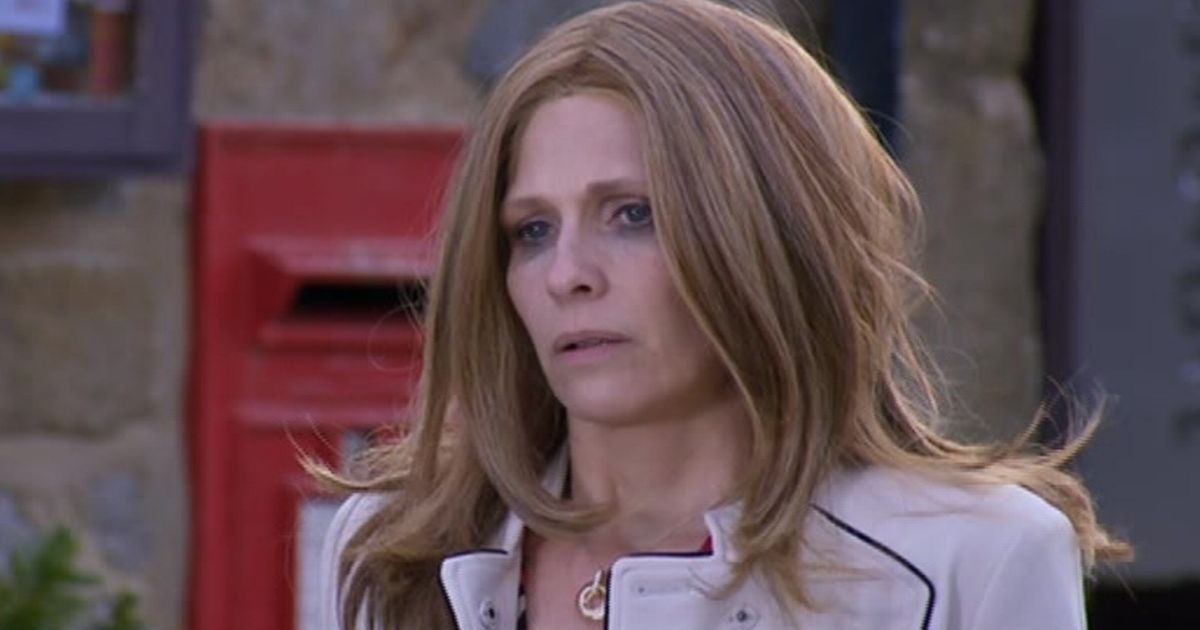 Emmerdale star Samantha Giles has admitted that her wig as Bernice Blackstock proved to be a ‘disaster’.

The actress, 50, found herself the centre of memes and jokes on the internet and throughout the Emmerdale fandom on her return earlier this year, when it was decided that she would wear a wig.

Unfortunately, the styling choice and quality of the wig made it obvious that she was wearing one, turning the eccentric hairdresser’s return to the Dales into a laugh.

Thankfully, Samantha is in good spirits about it all, and speaking to Christine Lampard on Lorraine this morning, the actress explained why she needed one that resembled her real hair in the first place.

Samantha Giles appeared on Lorraine and spoke about the new series

“I’ve had your lovely hair and make-up people do my hair today, but my hair when I came in, it’s like, you know, frizzy and big and unruly and very sick,” she said.

“Bernice is a hairdresser – she’s got to look quaffed and so on.”

“So we went for the wig, and of course that had its own set of disasters, didn’t it?” Samantha laughed. “And when I saw some of the photos I thought ‘oh no!’”

Christine couldn’t resist getting a comment in herself, and said: “It needed its own name, it was a character in itself, wasn’t it?”

The actress eventually ditched the wig after the extreme fan reaction, with its final appearance on screen being in late July.

Producers of the show opted to ditch the stringent Covid rules in place at the time to make exception for Samantha’s Bernice blowout.

Before this, the cast all had to do their own hair and make-up to limit the amount of close contact while on set due to coronavirus.

She told The Mirror back in June: “The wig has had more publicity than anything at the moment. I had the latest message from upstairs, as we call them, to say, ‘Just do whatever it takes, just get the wig off her.’

“So I’m allowed to have my hair blow dried twice a week. It will be one of two people who does it, so it’s still very Covid safe.

“I still have to do my own make-up, but at least I get my hair done. Thank goodness.”

Samantha has played Bernice for three stints in the Yorkshire Dales.

She first appeared in 1998, and during her six-year stary married beloved vicar Ashley Thomas, and having their daughter, Gabby.

However, she went on to have an affair with Carlos, the cheating fiancé of her sister, Nicola, and the exposure of the affair eventually let her to flee.

She returned in 2012 for a second chance at a fresh start. She almost succeeded too – finding love with Dr Liam Cavanagh and even getting engaged.

She returned earlier this year to ruffle even more feathers.