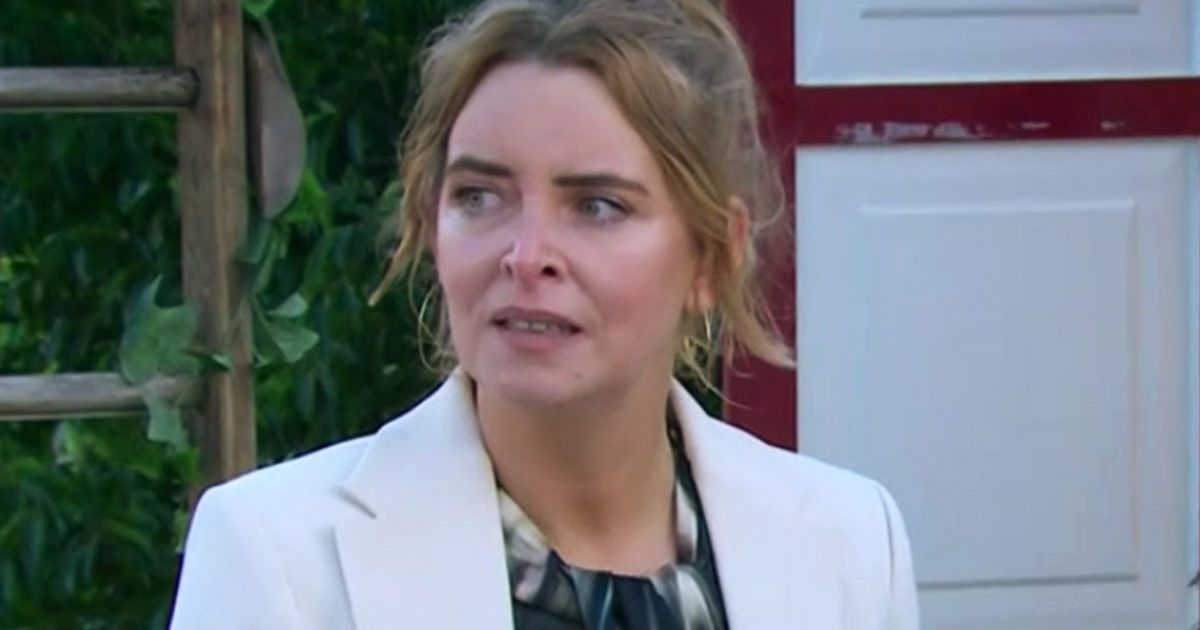 Emmerdale’s Charity Dingle and Vanessa Woodfield could reignite their romance after sharing a near-kiss moment on the soap – but what about Charity’s on-off love interest Mackenzie Boyd?

Emmerdale fans have been left in shock after Charity Dingle and Vanessa Woodfield reopened the door to a possible romance on the soap this week.

The former couple, played by Emma Atkins and Michelle Hardwick in the ITV soap, split two years ago after Charity cheated on her.

The former couple have been on the outs ever since Vanessa returned to the village and have both moved on in separate relationships.

Charity has had more pressing matters on her hands of late with the relaunch of The Woolpack, which she now co-owns with son Ryan Stocks.

But the reopening didn’t go quite to plan, when a food delivery didn’t turn up as planned and a rat infestation forced Liv and Vinny to move their wedding reception.

After the Dingles turned on Charity and tried to sabotage the day, the feud reached new levels when Charity got in a food fight
(

After the Dingles turned on Charity and tried to sabotage the day, the feud reached new levels when Charity grabbed some of Lydia’s homemade potato salad and flung it at Chas.

Later, Charity discovered it was Mackenzie Boyd (Lawrence Robb) who’d set off the sprinklers at the Village Hall to get revenge on the Dingles and sacked him from the pub.

Charity was left devastated at the end of the nightmarish day, but a surprise visit from Vanessa proves to be the thing to cheer her up.

Vanessa comforted her and as the pair laughed and looked back on better times together, they shared a shock romantic moment.

Vanessa leaned in for a kiss, before almost immediately pulling away. While Charity admitted she had wanted to reconcile for a long time now, Vanessa insisted she’d made a mistake and flee.

ITV spoilers have revealed that the near kiss will continue to have ripple effects in the soap next week.

While Vanessa continues to downplay their near kiss, Charity manages to find a glimmer of hope next week on Emmerdale.

Meanwhile, Charity’s on-off love interest Mack mulls over Vanessa’s advice and decides to prepare a grand gesture of commitment to win back Charity.

But the plan and his hopes and rekindling their romance backfire when he tells Charity he wants them to live together.

Charity is blindsided by Mack’s plan to move in with her, as she silently struggles to banish Vanessa from her mind after their romantic moment.

When she’s unable to commit to living together, Mackenzie threatens to move back to Scotland – could he be serious about leaving the village as their relationship hits the rocks?

Later, Charity is shocked to find that Mack wasn’t joking with his threat and he really is leaving the village.

The next day, Paddy detects tension between Vanessa and Charity as the pair struggle to keep their eyes off each other as their romantic chemistry continues to build.